"everyone is music – eternal music – sounding day and night. intuitive beings can listen to this music." 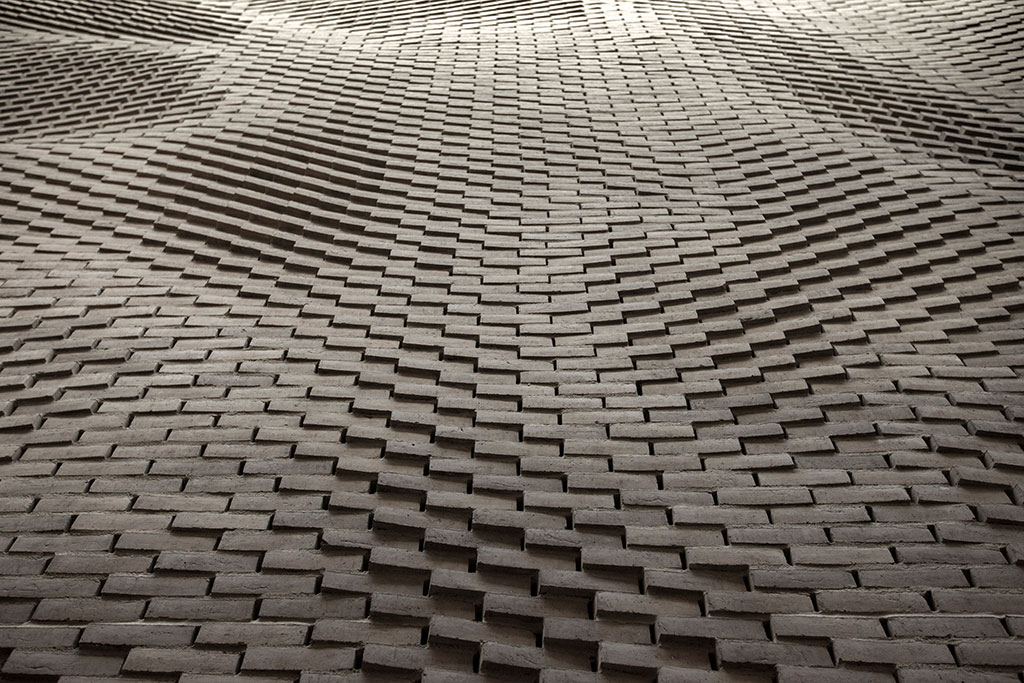 development of a wall relief in a brick facade of the inner courtyards of the pallotti residential complex "corte salvati" in freising. the impulses of sound frequencies in the water are reflected by means of bricks.

in close collaboration with mmz architects, the pallottines, as well as rob technologies and the executive bricklayers, the ornamental relief work was created in the atria of the residential complex "corte salvati", named after giacomo salvati, a close familiar vincenzo pallottis.

vincenzo pallotti himself was a catholic priest and founder [1846] of the "unification of the catholic apostolate" who practiced an altruistic way of life. the community of the pallottines based on it is now represented on all continents. 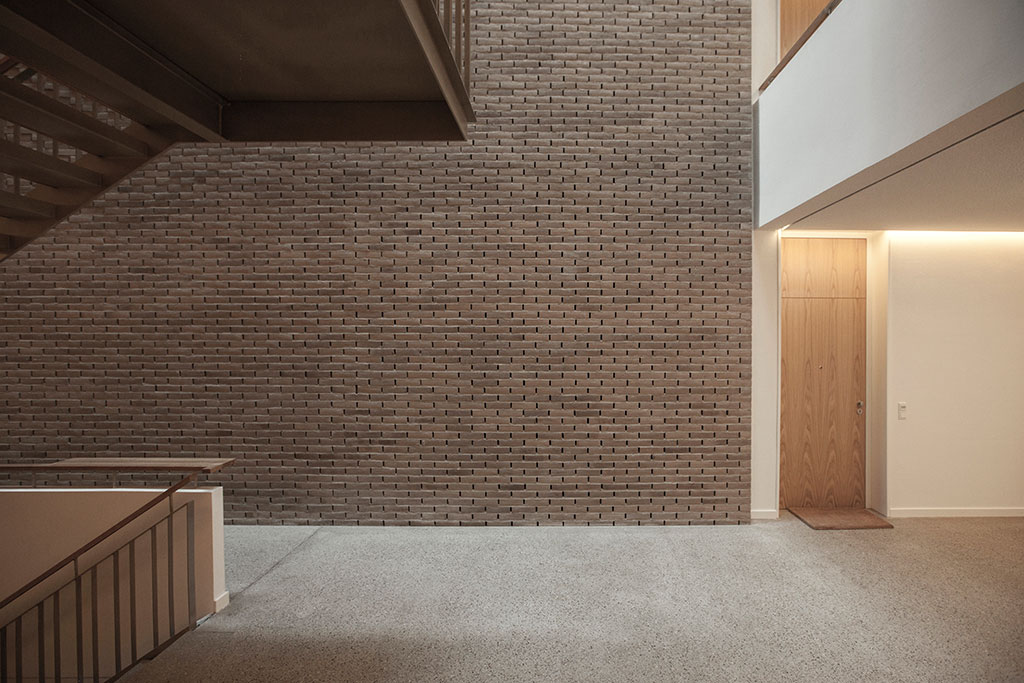 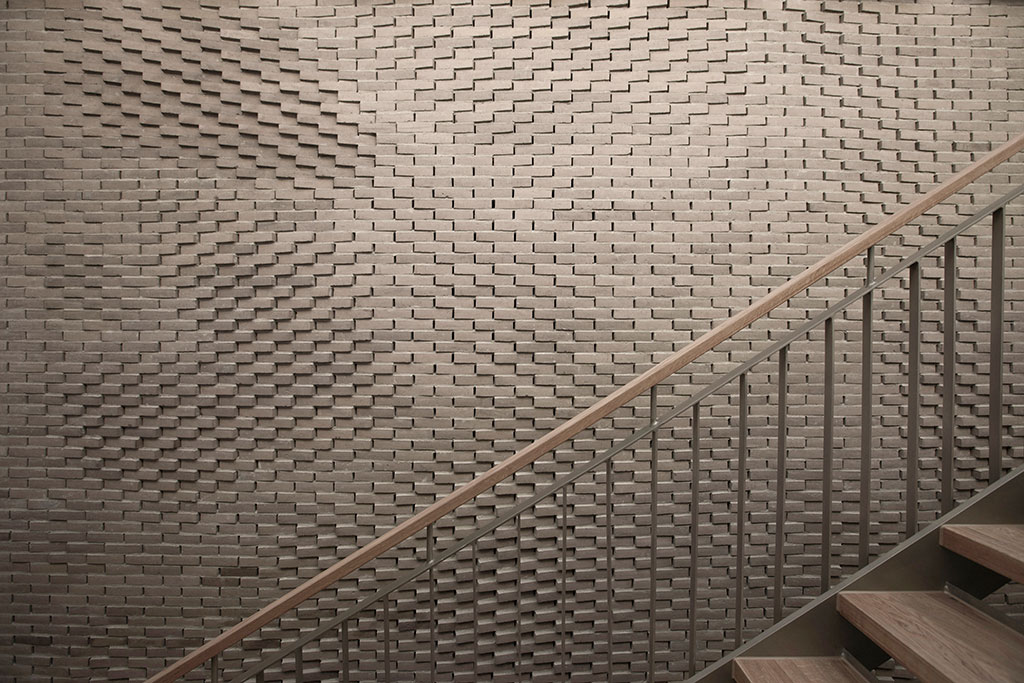 the main design element, the bricks, occupies the bulk of the outer skin of the two buildings and is also found in the corte, the atria of the buildings. each building is accessed via a central staircase within these inner courtyards, whose opposite wall is covered with a relief-like ornament.

the relief visualizes the emotional connection between vincenzo pallotti and giacomo salvati. giacomo salvati, the name giver of the housing estate, was a wealthy businessman, and later general procurator of pallotti. from the healing of his seriously ill daughter by pallotti, the "conversion" resulted of the hitherto little religious salvati. he became a eager catholic and laic apostle, and from that time vincenzo pallotti assisted him in his altruistic activities. 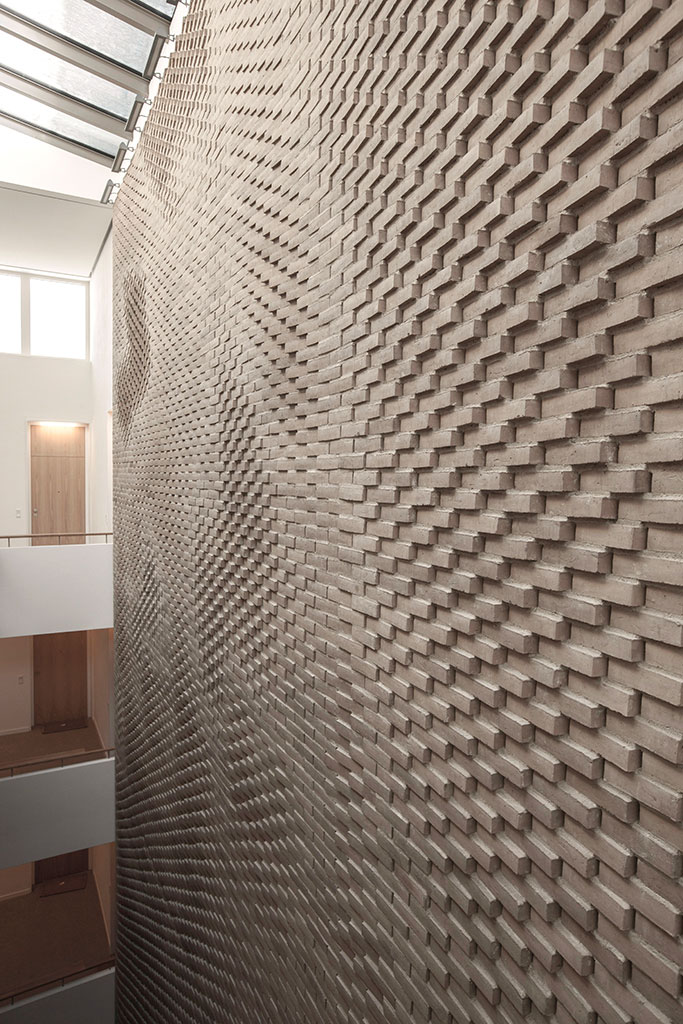 the empathie of pallotti as well as the resulting vibrations were illustrated by means of sound. water serves in the design as store and mediator of this information – the thoughts and feelings. water has the ability to resonate with these vibrations. in this way information is transmitted and by the vibrations of the water it becomes noticeable within us, our bodies. in the course of a long-term study of our studio, the properties of water and the resulting structures were investigated more closely – here we go to the study.

the sound stands for the trust in god, the empathy of pallotti. the resulting wave is symbolic for sharing and spreading this "energy". the selected sounds form a dur-intervall, consisting of two tones. they are made up of a fundamental tone, called "earth tone" or "urton". it symbolizes pallotti and its empathy as a primary impulse, as a basis for a harmonious structure.

the fundamental tone moves in a frequency range of 136.10 hertz. many bells sound in this earth tone, which is supposed to connect the perceptive with the cosmos. the never-ending, never-passing tone is expressed by the syllable "OM". the "OM" corresponds, for example, to the "amen" ["even so"] in christian churches. the second note is four semitones up from the "urton" and corresponds to a major third. result is a major-intervall.

both single notes create a harmonious sound structure in the interplay. the resulting structures, which have been depicted by the major-intervall, equally reflect this gentleness and clarity. they are depicted as light and shadow formation of the twisted bricks.

after some studies, the reliefs have traditionally been set stone by stone by human hands, without technical and mechanical support. 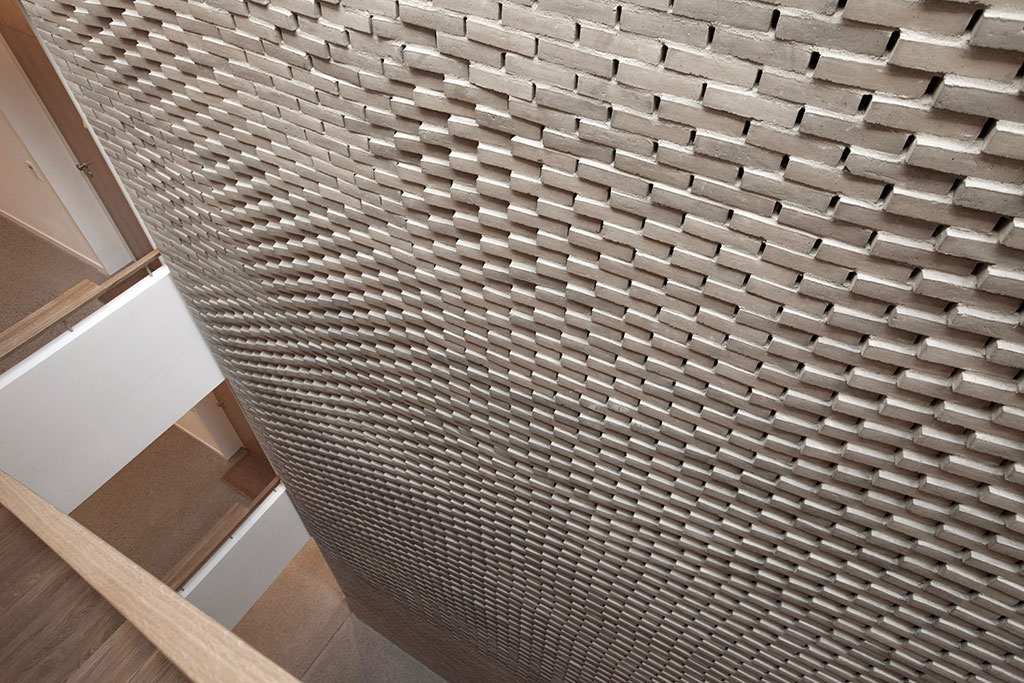 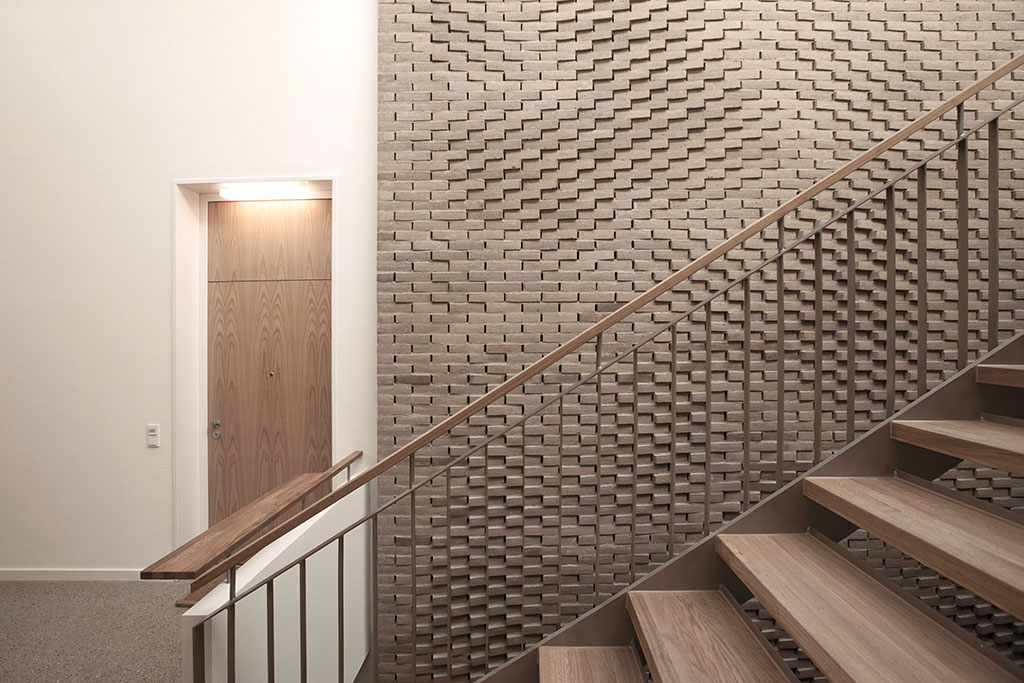 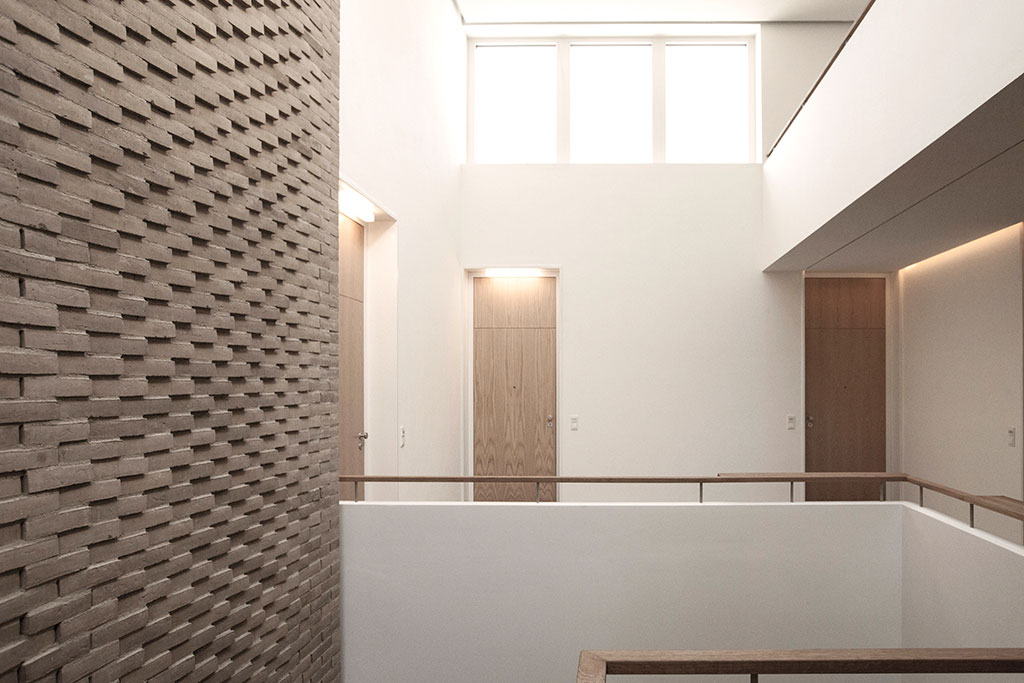 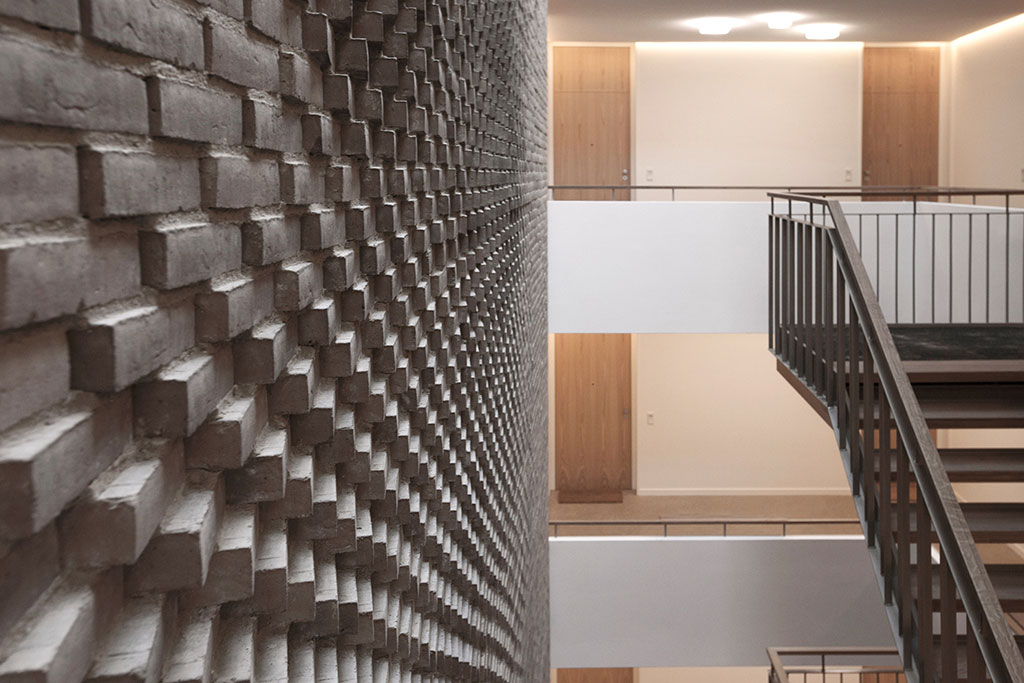 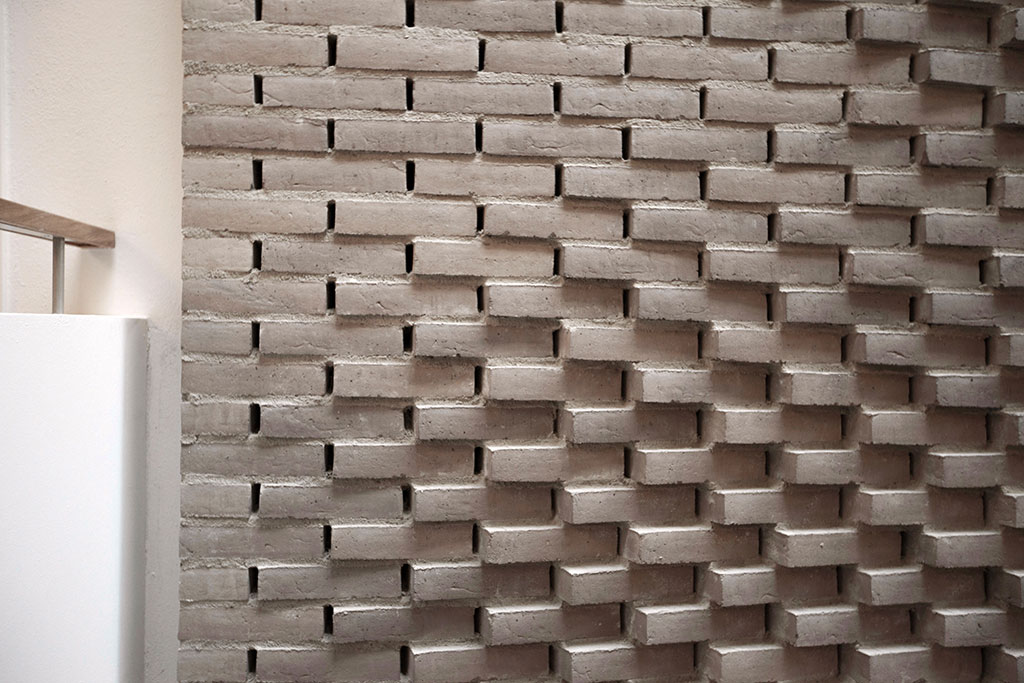 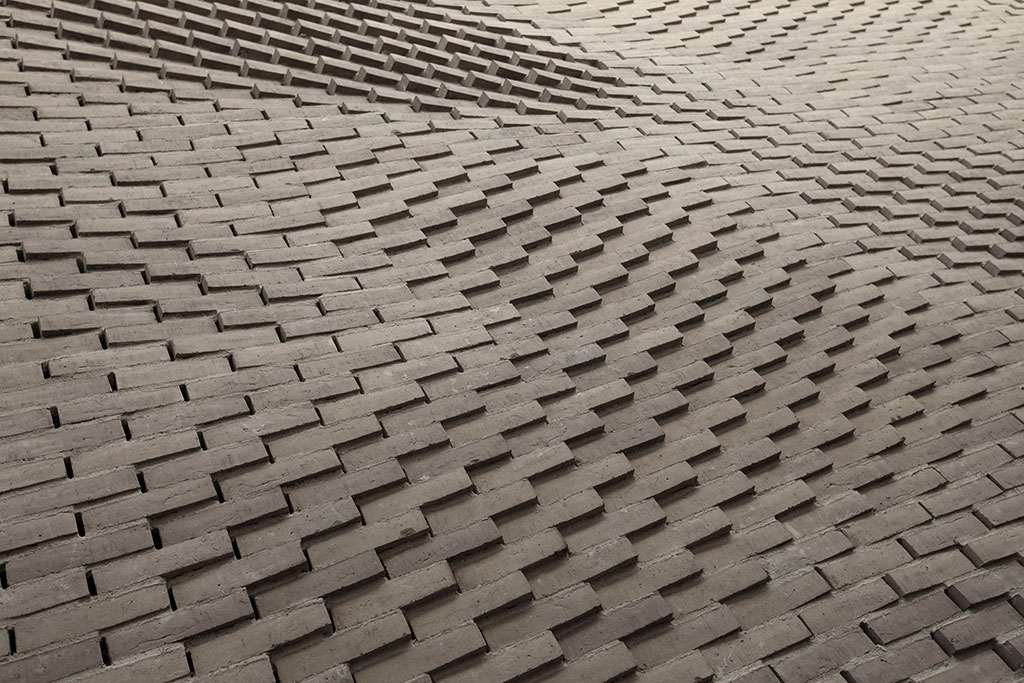 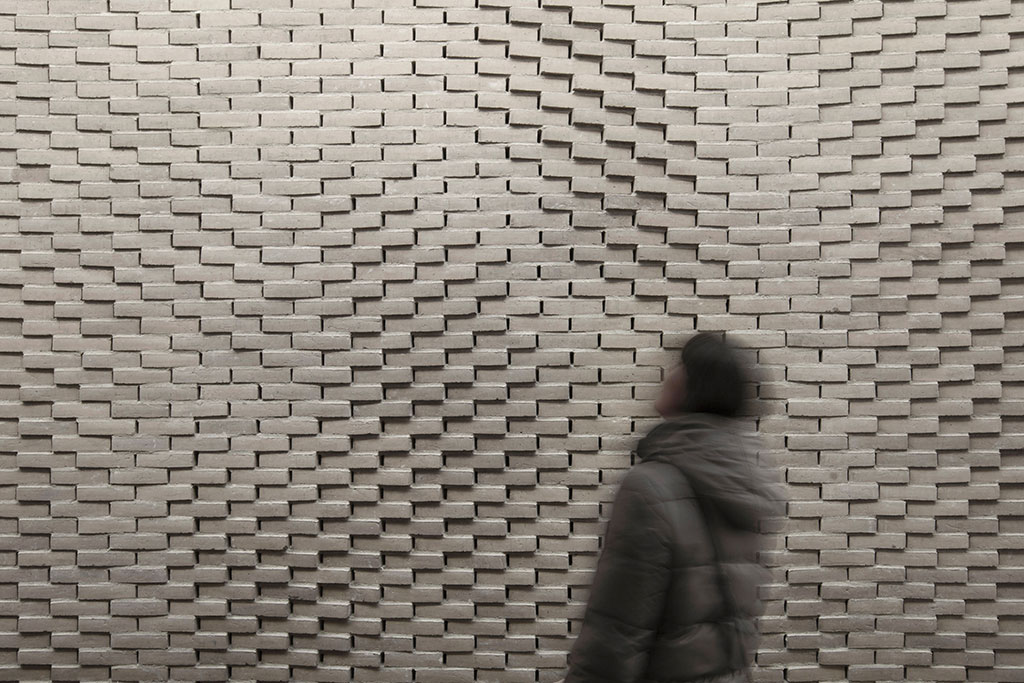 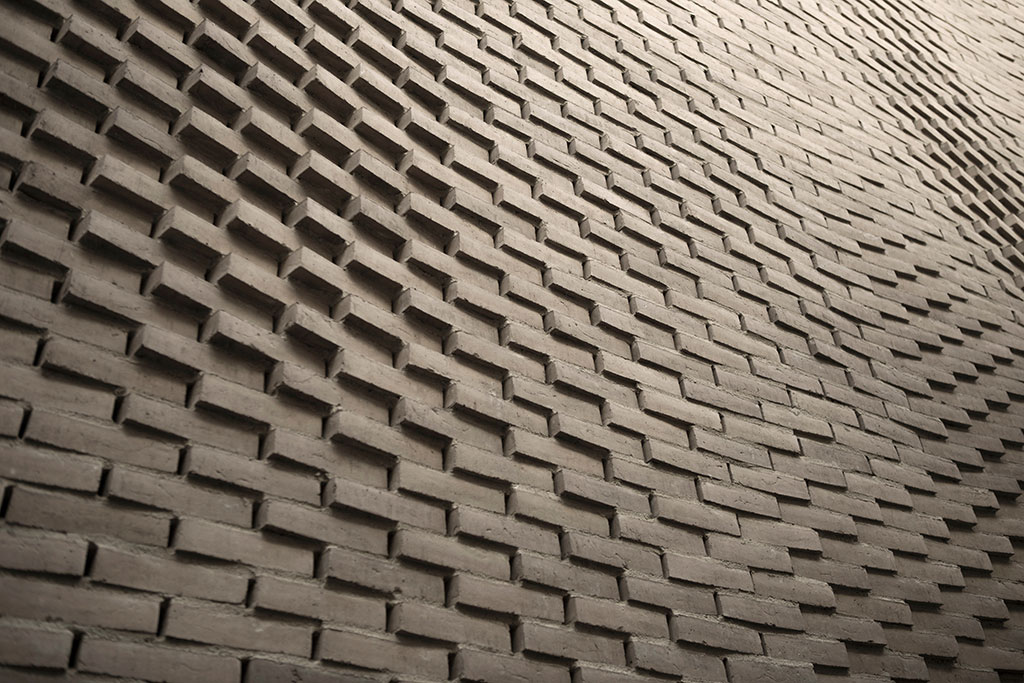 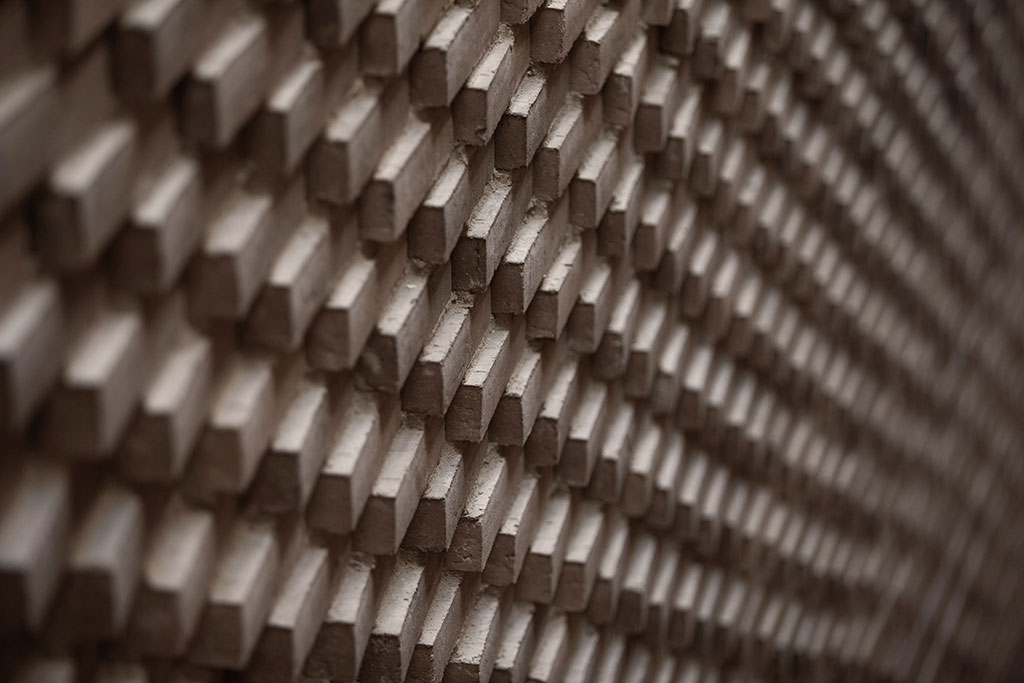 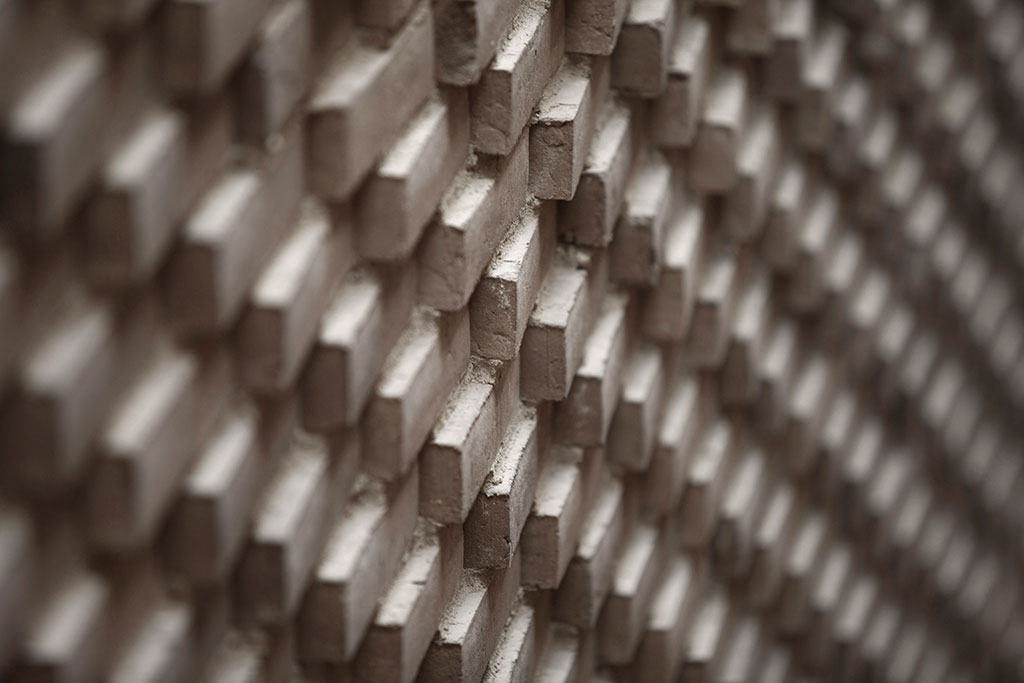 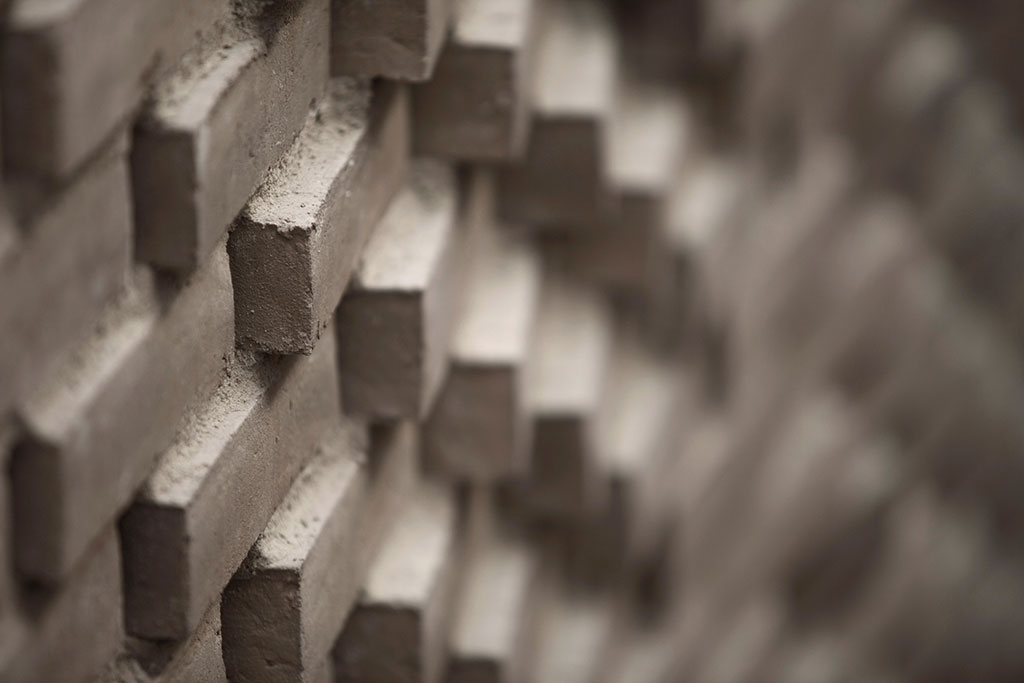 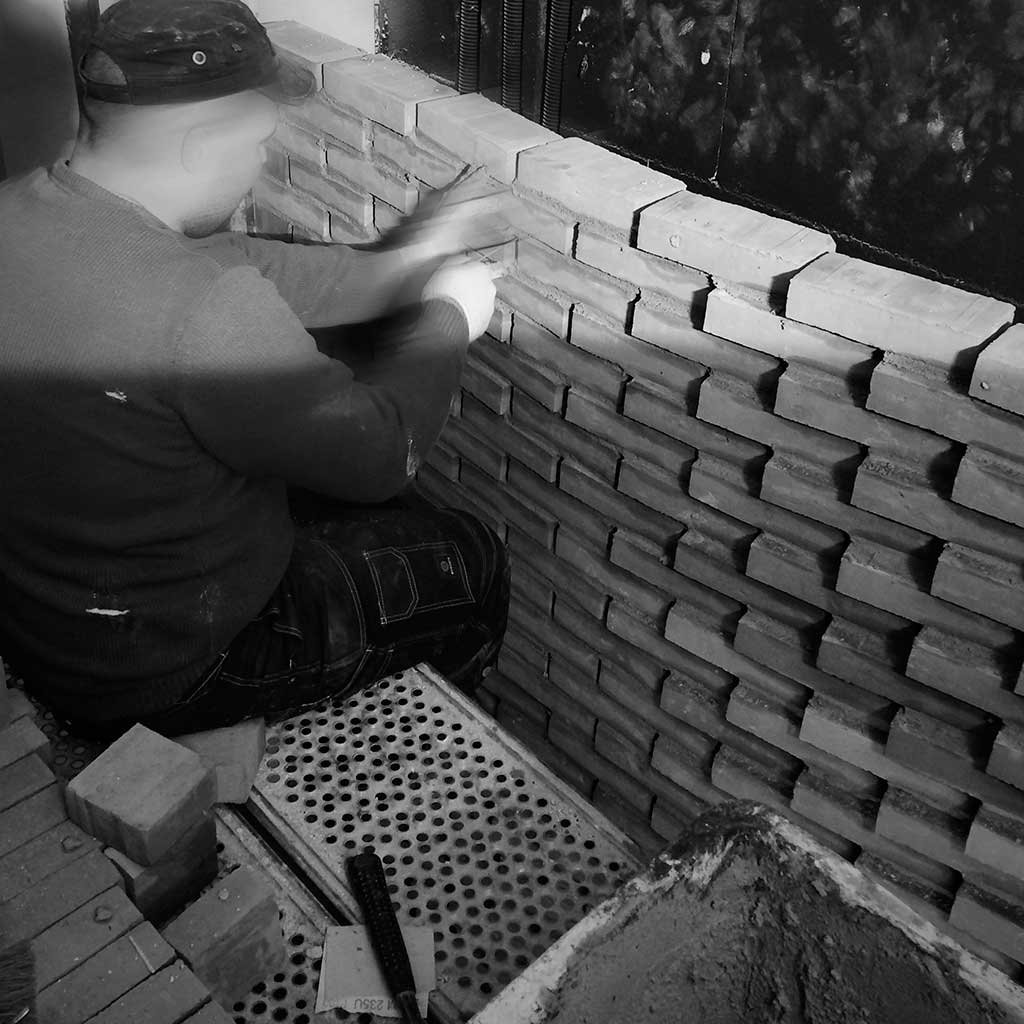