conception and design of a town hall that on the one hand fulfills the functional needs and on the other hand creates a space for structural developments in the future by focusing on the human being. 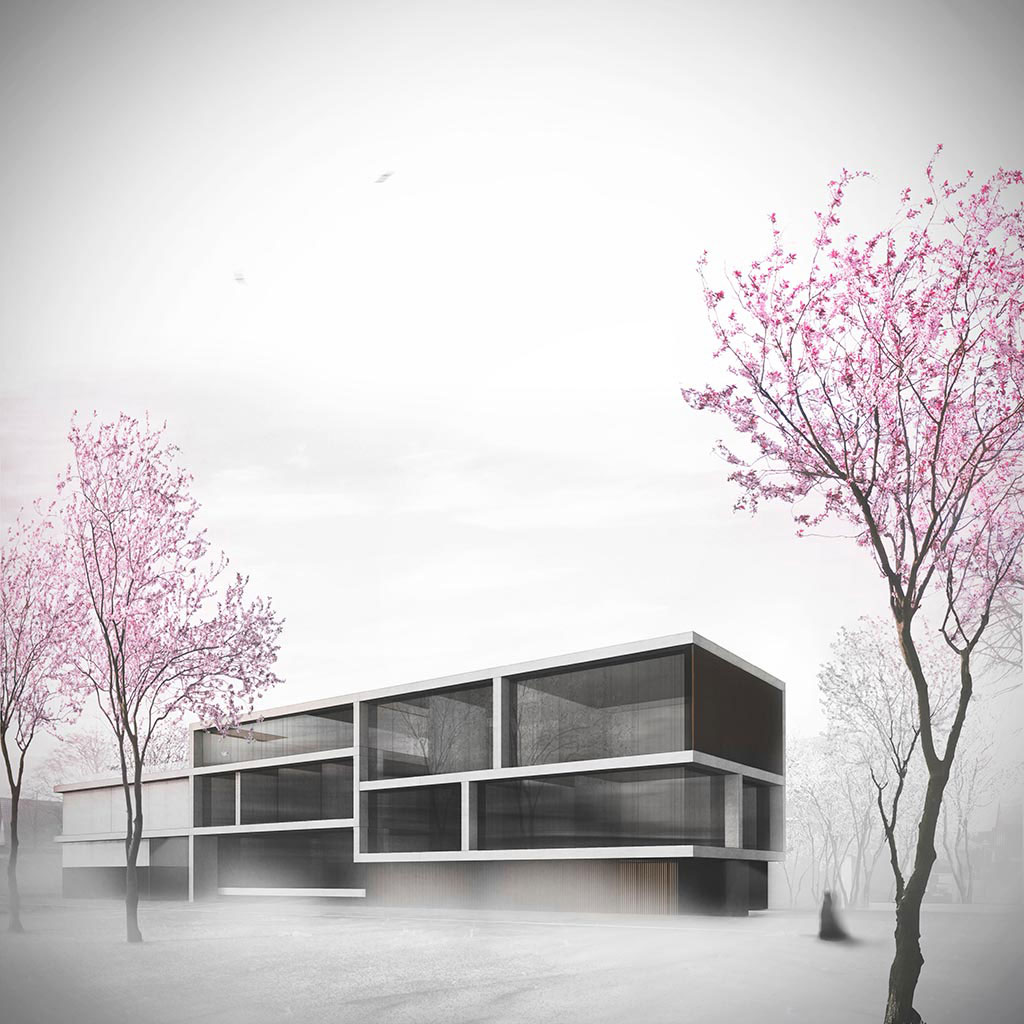 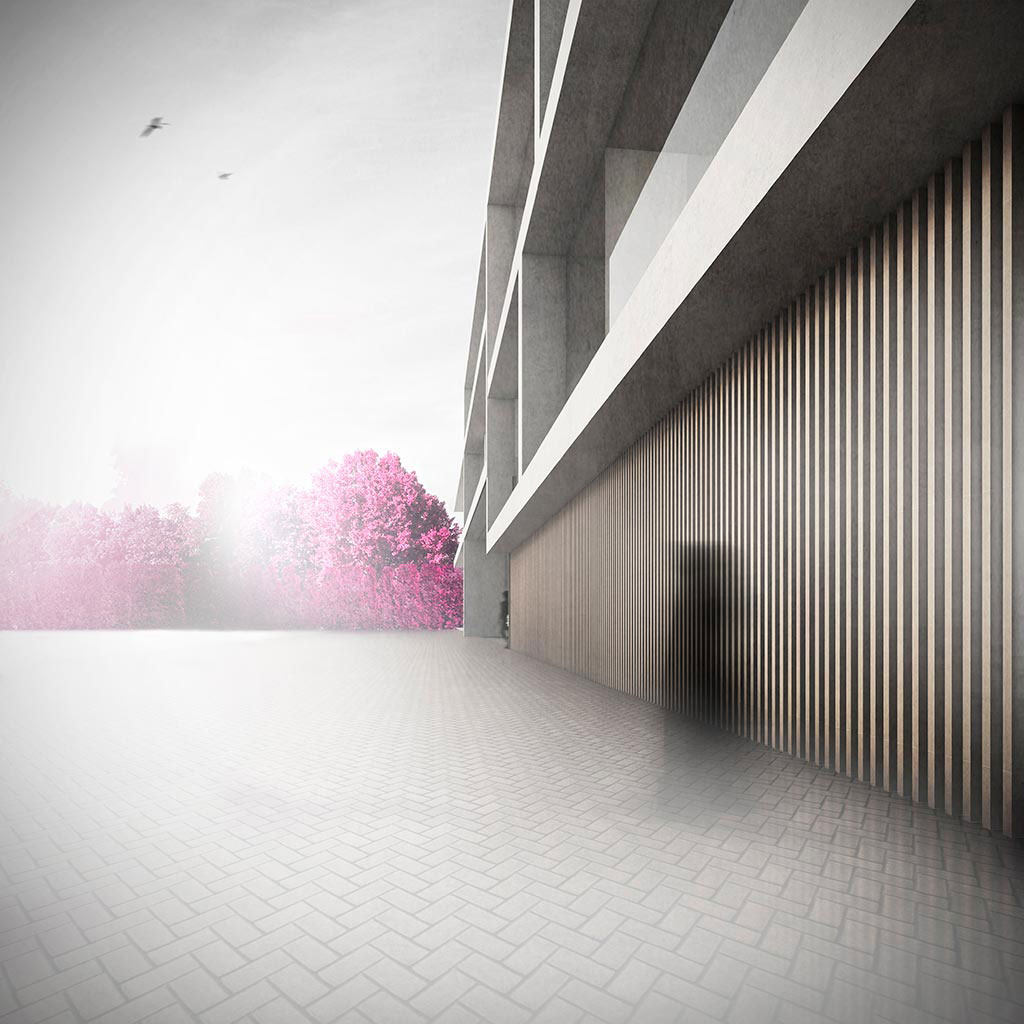 formally located between the ideas of the bauhaus and japanese architecture, it was necessary to let the appreciative aspects of these two developments become apparent in the interaction with space, material and man. in this way a place has emerged which, through the transformation of the japanese as well as the european cultures, reveals an attitude of mind which connects the two poles. from the outside supposedly readable, the building gives its secrets inside only afterwards. it invites people to a journey – it indicates, opens up and at the same time creates moments of intimacy. in this way it never reveals its wholeness and creates the possibility to look at it again and again.

a reduced form language as well as the deliberate selection of time-consuming materials of modest appearance determine the appearance of the architecture. the combination of exposed concrete, wood and glass pulls through the whole building. formal minimalism serves both the unfolding of man, but also the unfolding of individual materialities and their sensitive interplay.

the concrete symbolizes the stone, the massive rock, the first protective cover of the humans for rain and cold. at the same time, it is the symbol for the development of human culture - it acts as a bridge between nature and culture. warmth and a deeper naturalness evoke by the use of wooden elements in the interior of the building, which develop in the course of their use by their natural texture in interaction with the human being, unfold patina represents a symbol of the transience. the purpose of these processes is to obtain a feeling of proportionality.

the anatomy of the building reveals itself to the viewer at first sight. in its appearance, clearly and openly structured, the architecture invites the visitor to a first longer intense encounter – the path to the entrance leads along the outer facade down to the flowing transition from inside and outside.

large, south-east oriented glass surfaces incorporate the "borrowed" landscape into the atmosphere of the building, fusing in and out of each other. on the other hand the back of the building is covered with a protective concrete facade. in this way offices and meeting rooms are used with daylight while the access routes are supplied with atmospheric light shafts only through roof windows.

In addition to its functional aspects such as different office areas, meeting rooms and waiting rooms, it should include a reserved council. the external appearance complements the room atmosphere without disturbing the concentration.

the same basic idea applies to the wedding room. its intimate atmosphere and the flowing transition between interior and exterior create a private atmosphere. the tree in the adjoining atrium symbolizes the connection between man and nature.

in cooperation with monokrom, hamburg, germany