"there are many such holographic entities floating in the timeless and spaceless waters of the implicate, jostling and swimming around one another like so many amoebas." 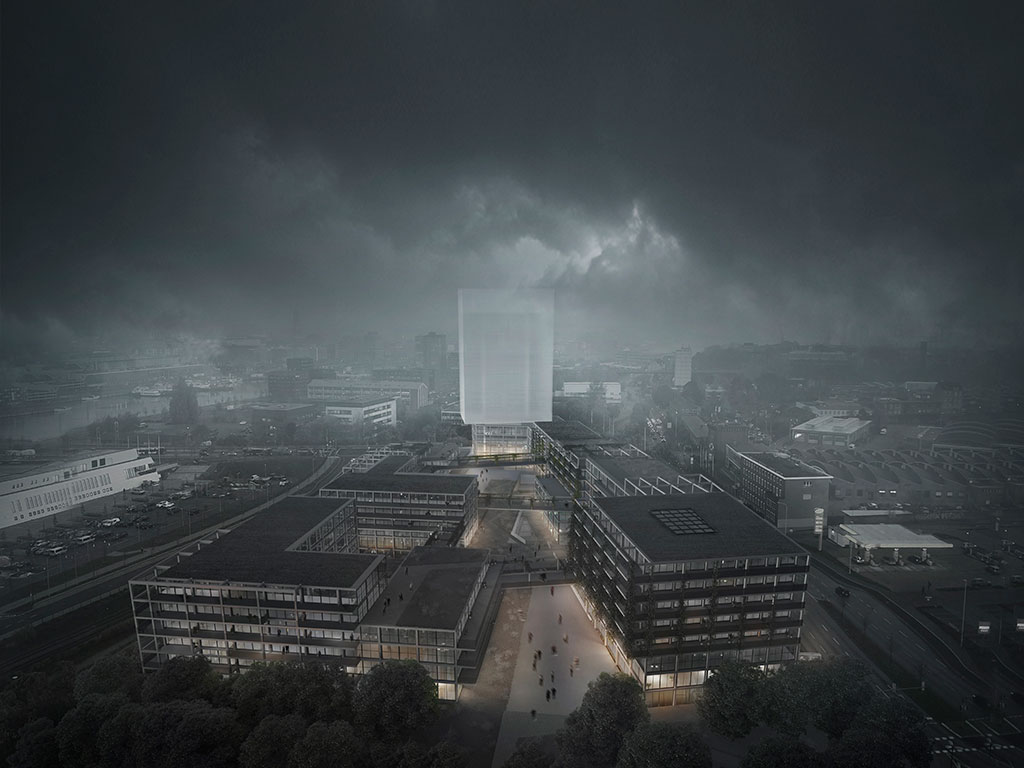 in close collaboration with the architectural firm bbp: architekten, a strong narrative has been developed that links the fantastic with the historic kiel. it tells a story of the old kiel, exposing the mystical moment in it. the narrative and the close, interdisciplinary exchange with the architecture firm creates the basis for an interactive stage design that creates a tension — between mystical atmosphere and a high quality of space — between storytelling and architecture — for residents, companies and hotel guests.

the white ship – according to david bohm´s thesis, data remains from the past and future to manifest themselves in the present.

"as they used to say, coming events cast their shadows in the present. their shadows arre being cast deep in the implicate order."

the narrative – the legend of "the white ship"
from the idea of ​​"kap horn" to the "time anomaly" in kiel.


many years before the construction of the north-baltic canal increased the narrations of many inhabitants of the kieler region are over white ships at its present location through the countryside drive – they are over the moore, hills and by march- run down.

many years before the construction of the kiel canal, many inhabitants of the kiel area started telling stories. stories about white ships sailing through the landscape – they went through moors, hills and marshlands – where the kiel canal was built later.

especially the story of a woman named trina lemke contributed significantly to the history of the canal;
on her way to the market, she saw a white ship with cannons and white-clad sailors crossing her path. although planned quite differently in the beginning, the canal now crosses this very spot of the road.

holographic projection – a look into the future.
[free abstract from "legends of kiel" from broder-m. ketelsen] 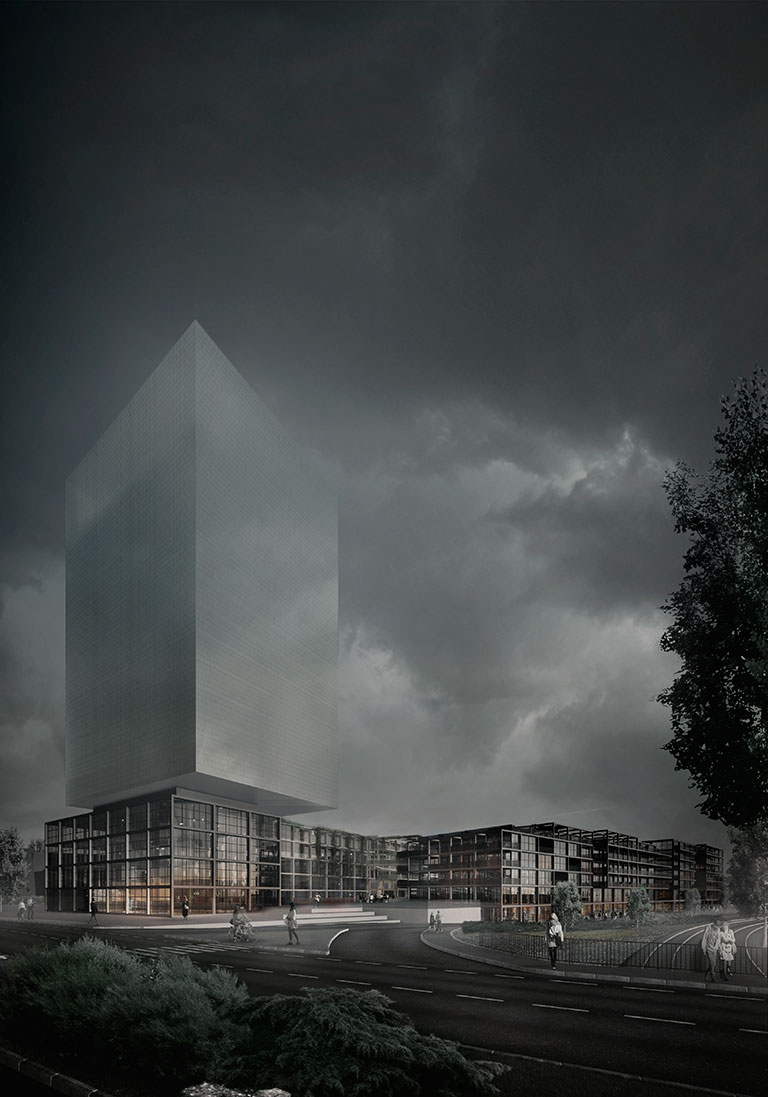 the hotel:
- development of an atmospheric place of experience
- visualizes a physical anomaly in the form of a
holgraphic projection that is just manifesting itself
- symbolizes the future – creativity – adventure

the shipyard:
- development of the w8 – living and working in an
industrial ambience
- symbolizes community – flexibility – quality of life

outline of the hotel construction side

construction of the "shipyard"

the "shipyard" is oriented towards the character and usage of the current w8. it consists of a serial-industrial reinforced concrete skeleton. it is vertically and horizontally organisable in diverse units [diversity]. each unit is individually configurable. everything interlocks fluently. 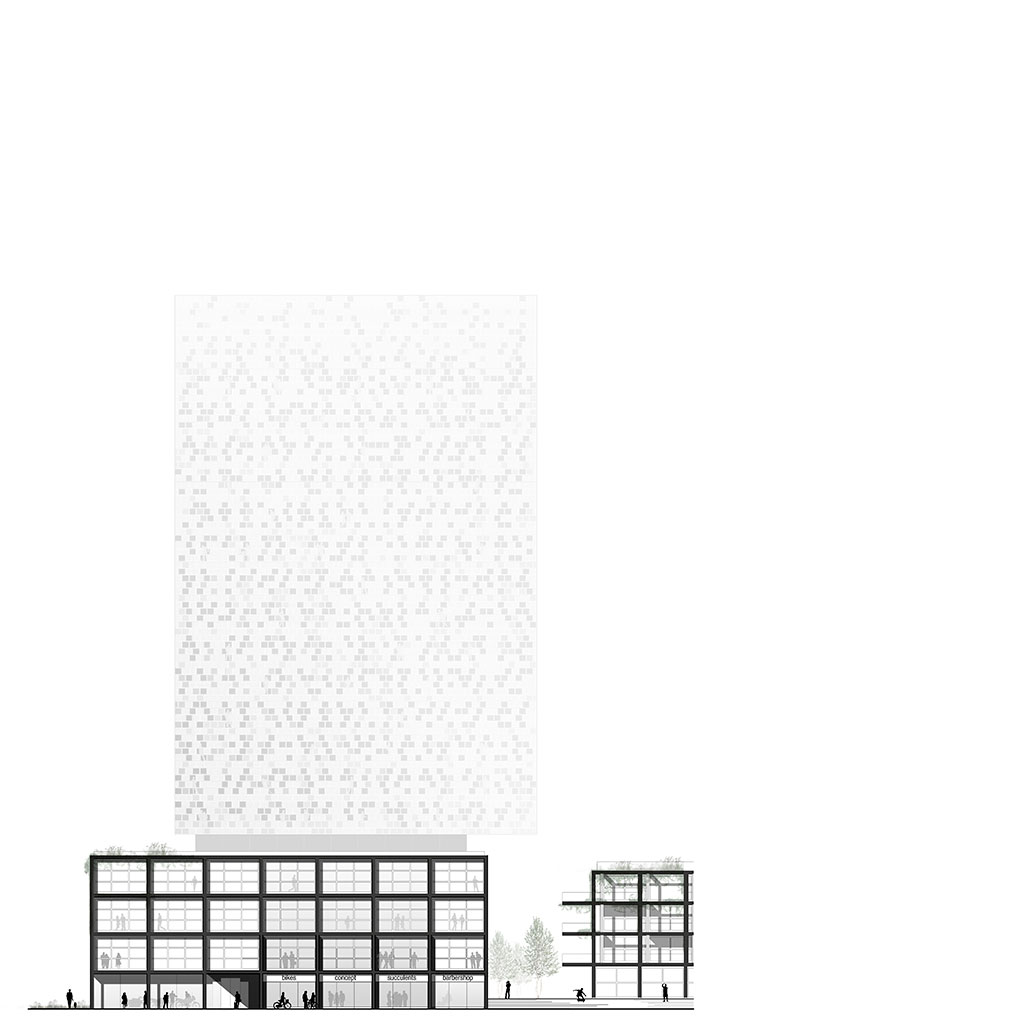 view north:
the view shows the building complex, with a focus on the hotel architecture, from a northern perspective 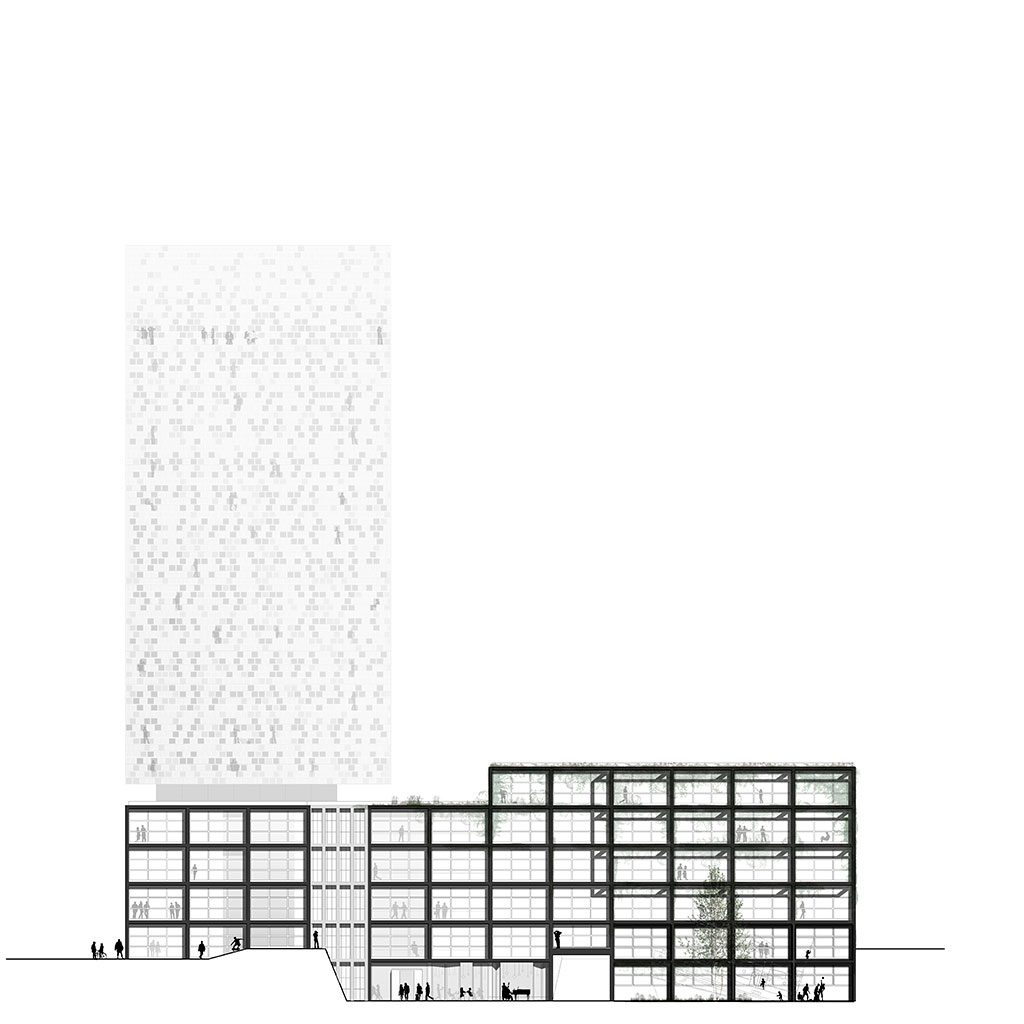 view west large:
the view shows the building complex, with a focus on the hotel architecture, from a western perspective

view south:
the view shows the entire building complex from a southern perspective

view east inside:
the view shows the inner part of the building complex from an eastern perspective

view south:
the view shows the entire building complex from a southern perspective

view west:
the view shows the building complex from the western perspective

view west inside:
the view shows the inner part of the building complex from a western perspective