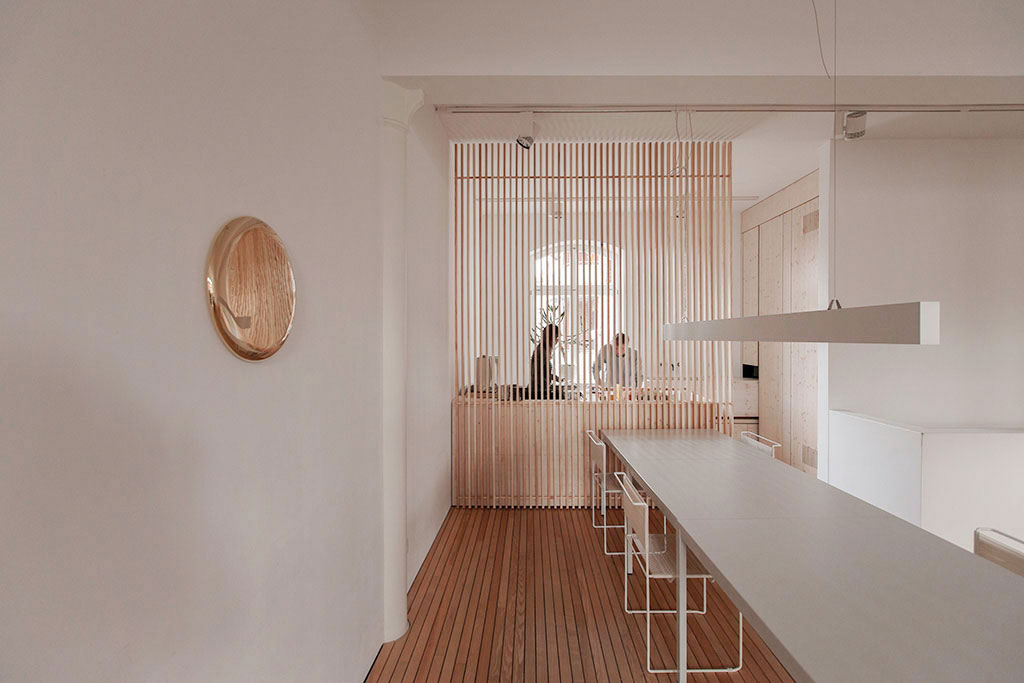 the studio was designed in 2013 as an open space. the kitchen was at the beginning a pure studio kitchen. open, part of the studio. the room of cooking has been intensively observed and reflected in recent years. in the end, there was a desire in the room to give the kitchen an intimate situation. either to prepare a coffee in peace and drink or to process the food with calm and awareness. 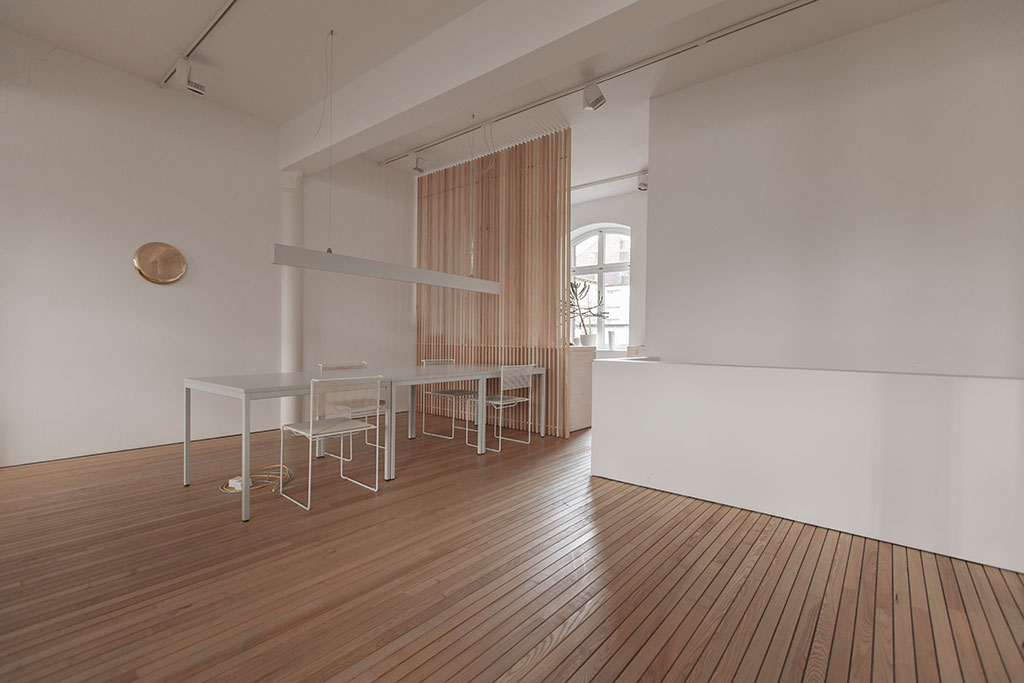 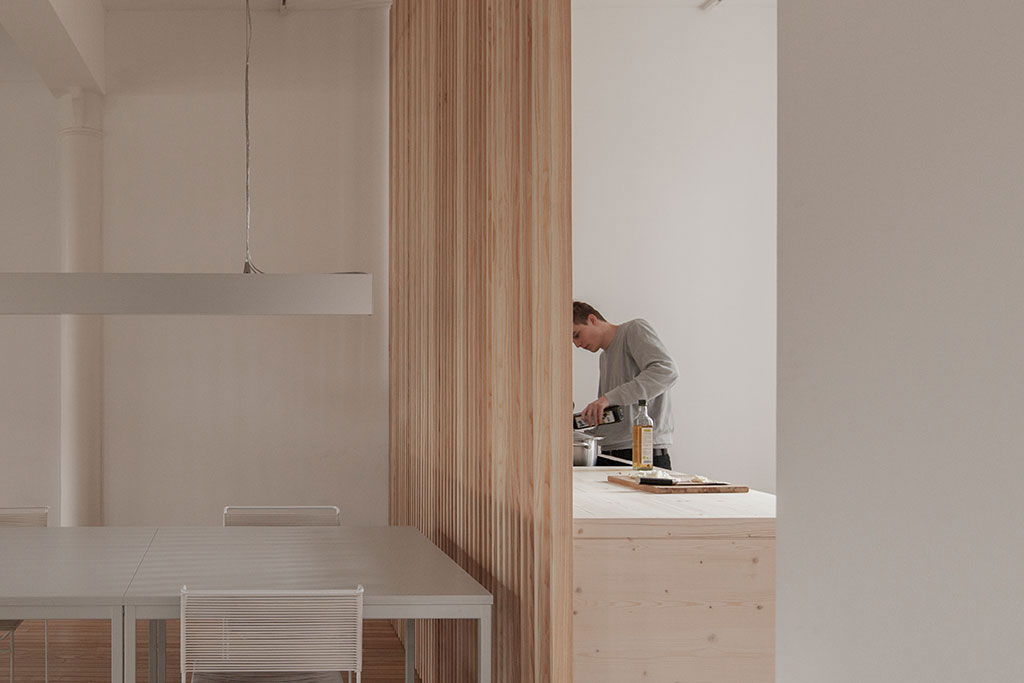 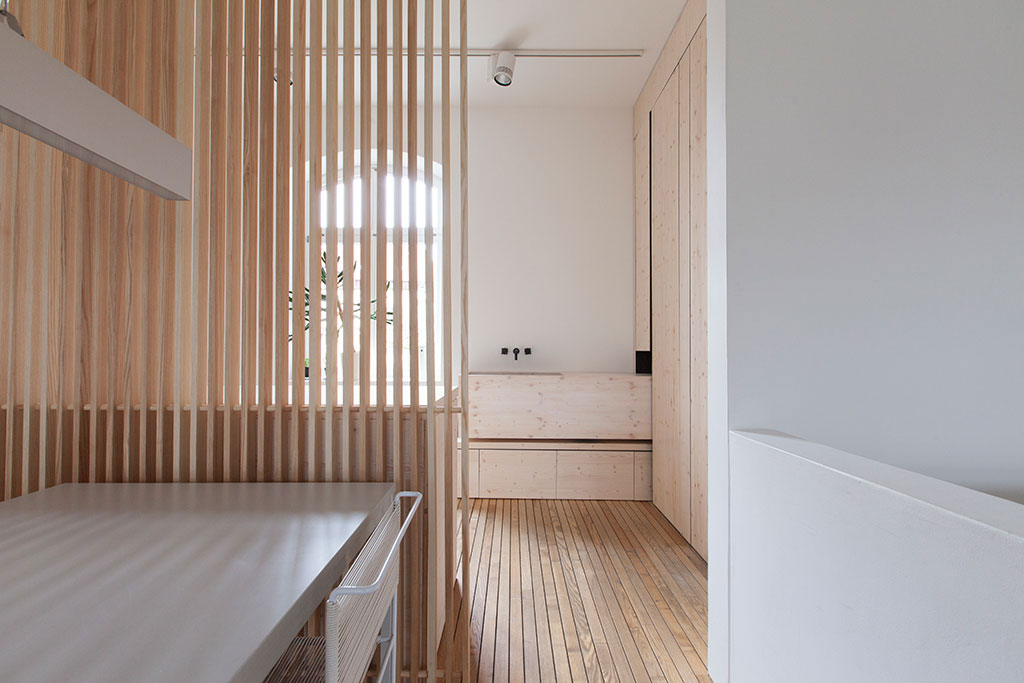 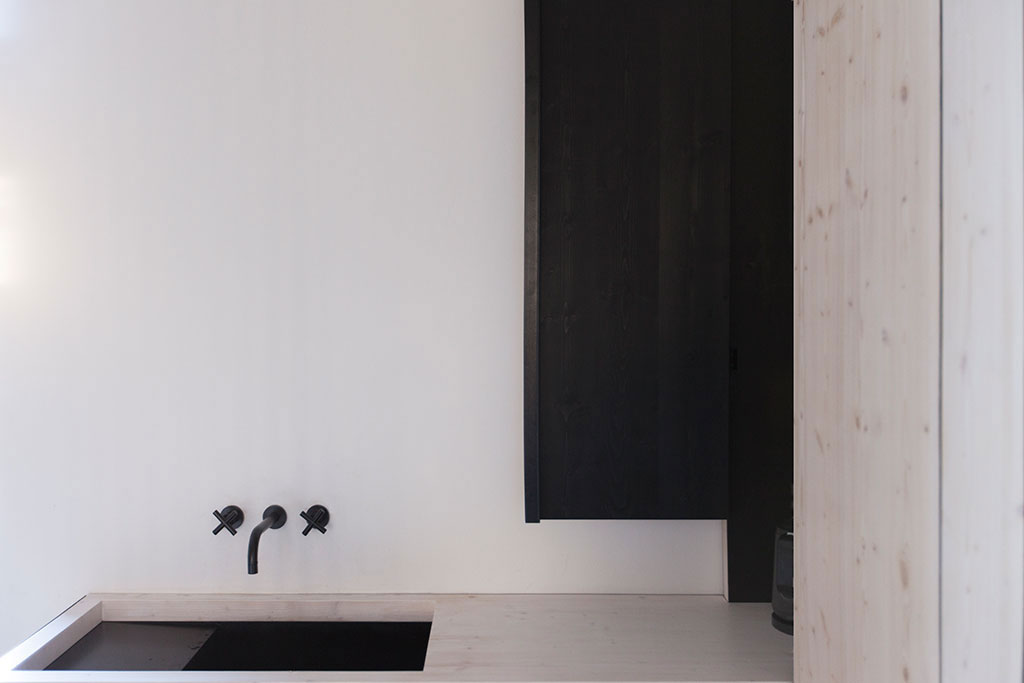 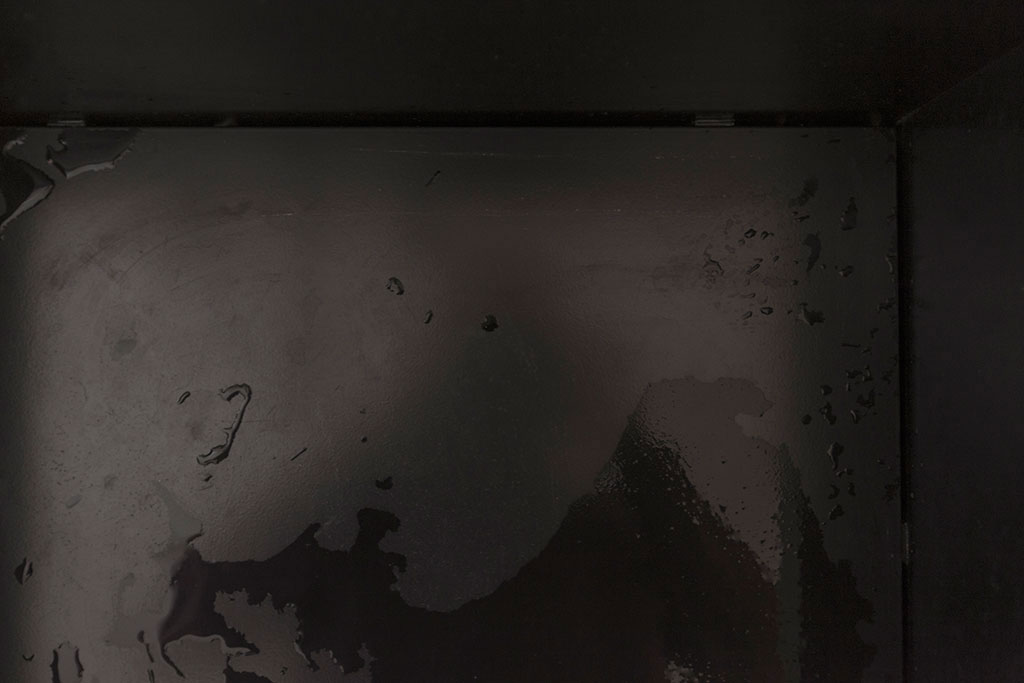 their functions are more complex than the classic kitchen would expect. the basic functions were combined with the need to reward the explorer for his interest in new things. because many interiors, while maintaining the first look by conveying aesthetics, reveal their lack of depth through a purely functional character. as soon as a furniture is opened and tapes and construction elements reveal, the magic has vanished.

to prevent this, all the details have been carefully thought out and planned in order to give each and every encounter with the furniture a sense of adventure. this process of in-depth levels in the interior – making stories and experiences possible – is not complete; he is constantly evolving to make space an experience away from its primary function.

therefore all functions are quickly revealed on one hand, but secrets are hidden throughout the furniture – double floors, compartments, shafts. sometimes the furniture cupboard, sometimes it becomes again walkable room: even the bathroom was integrated as a walk-in furniture. 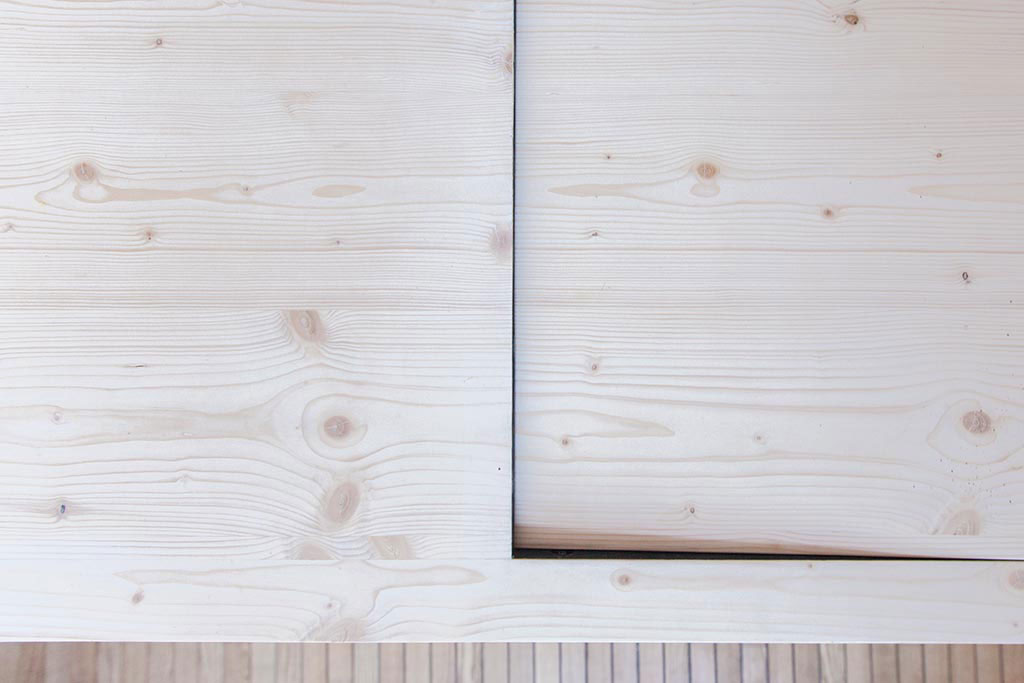 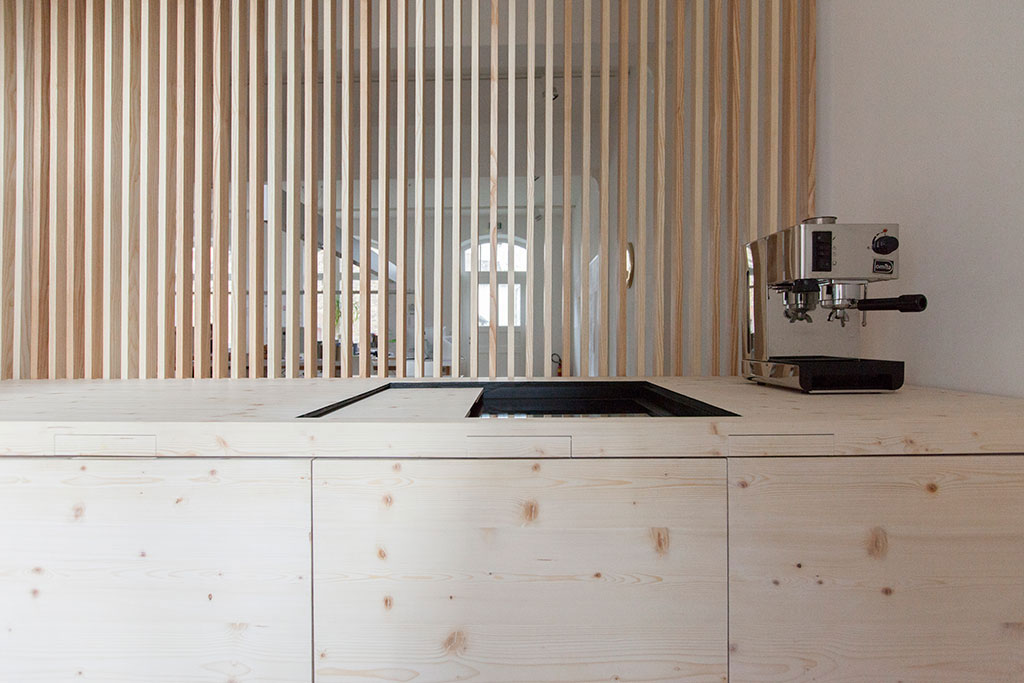 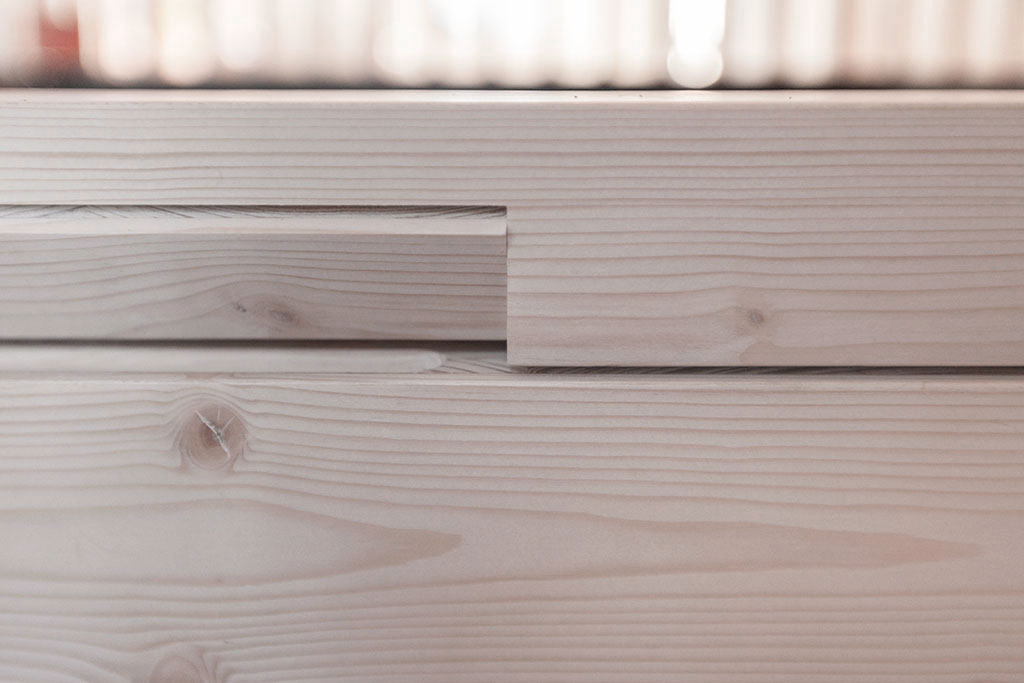 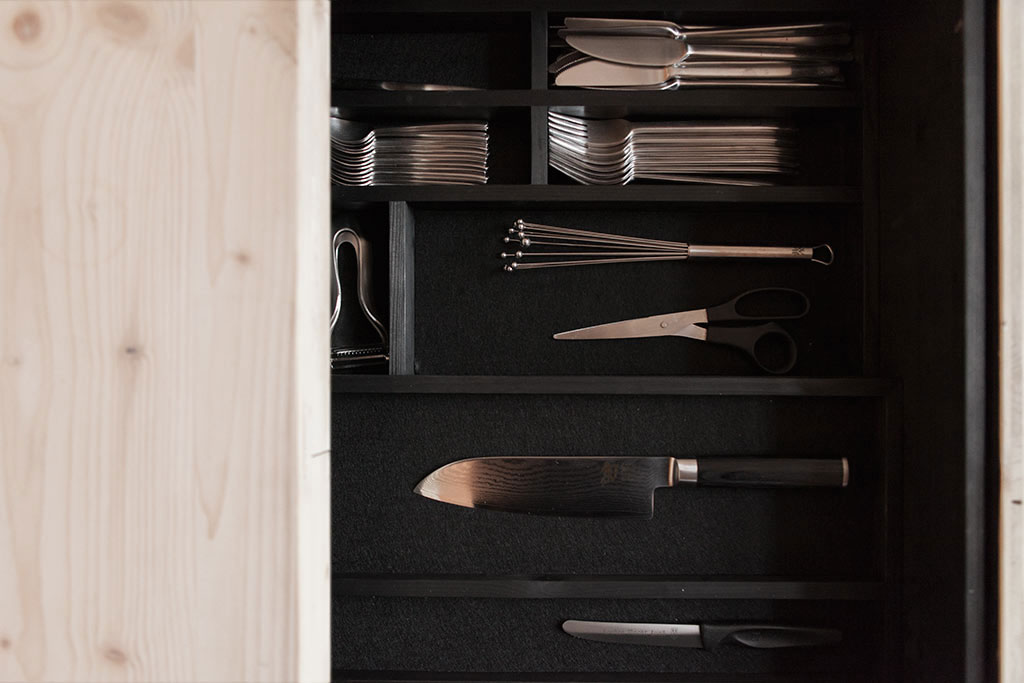 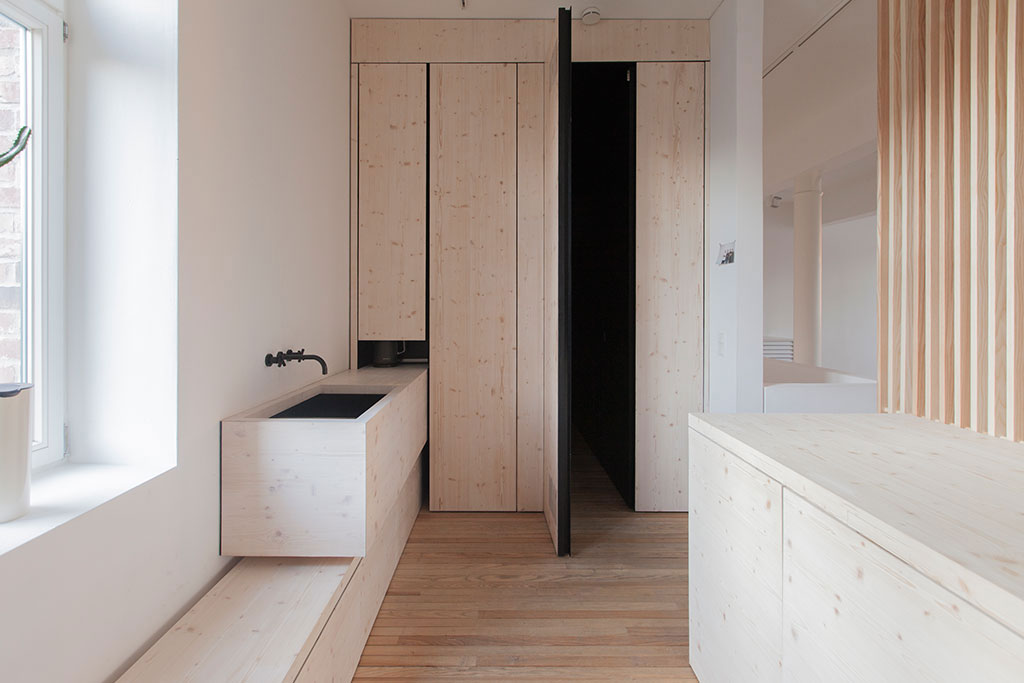 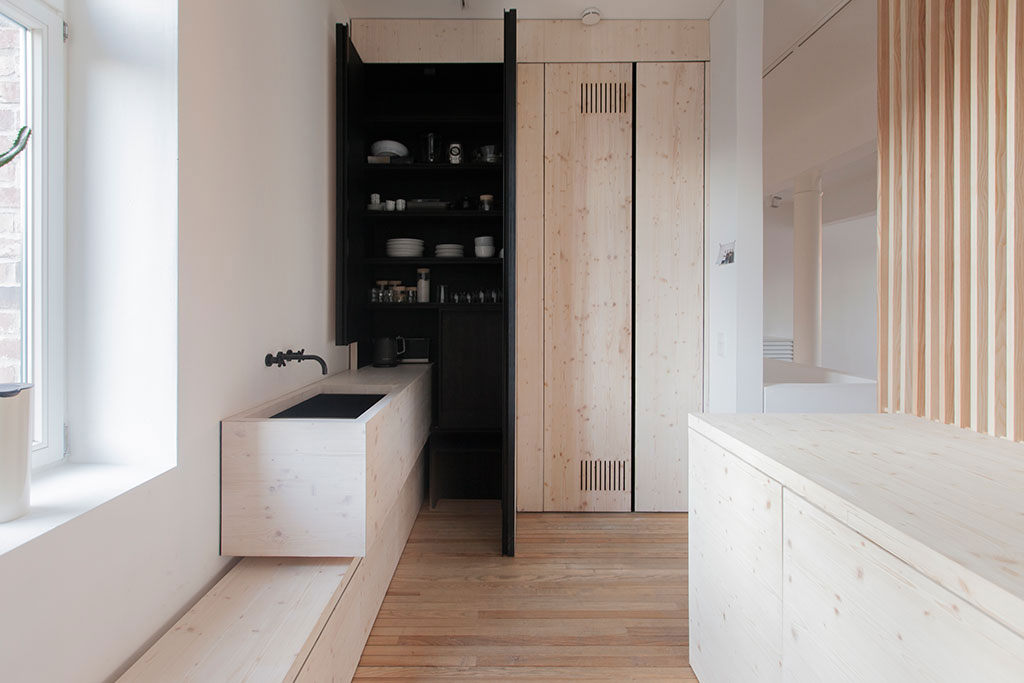 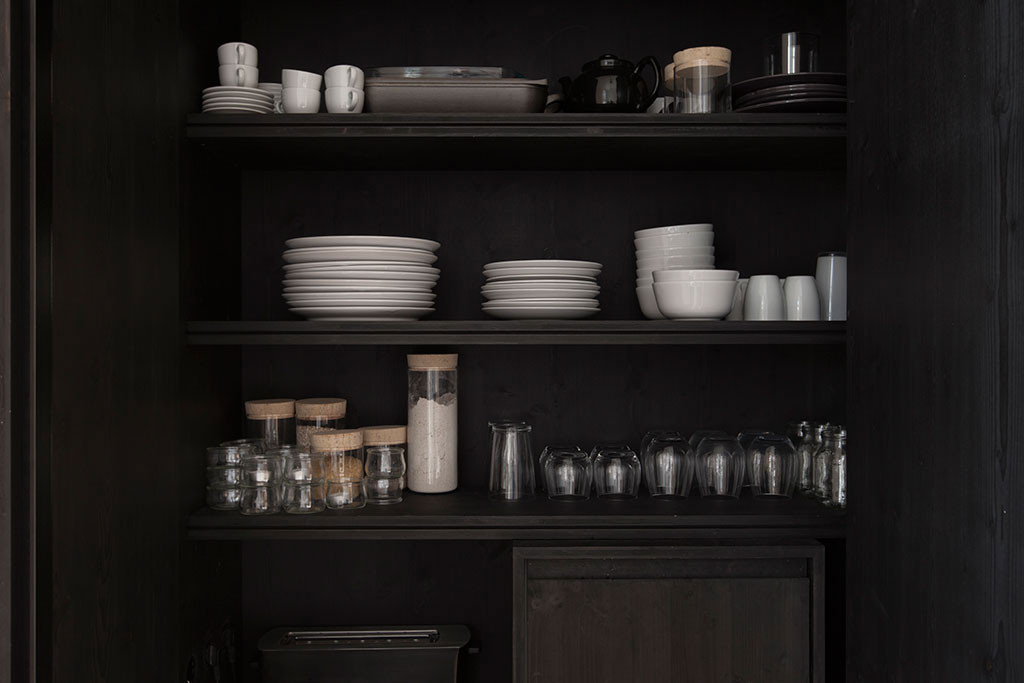 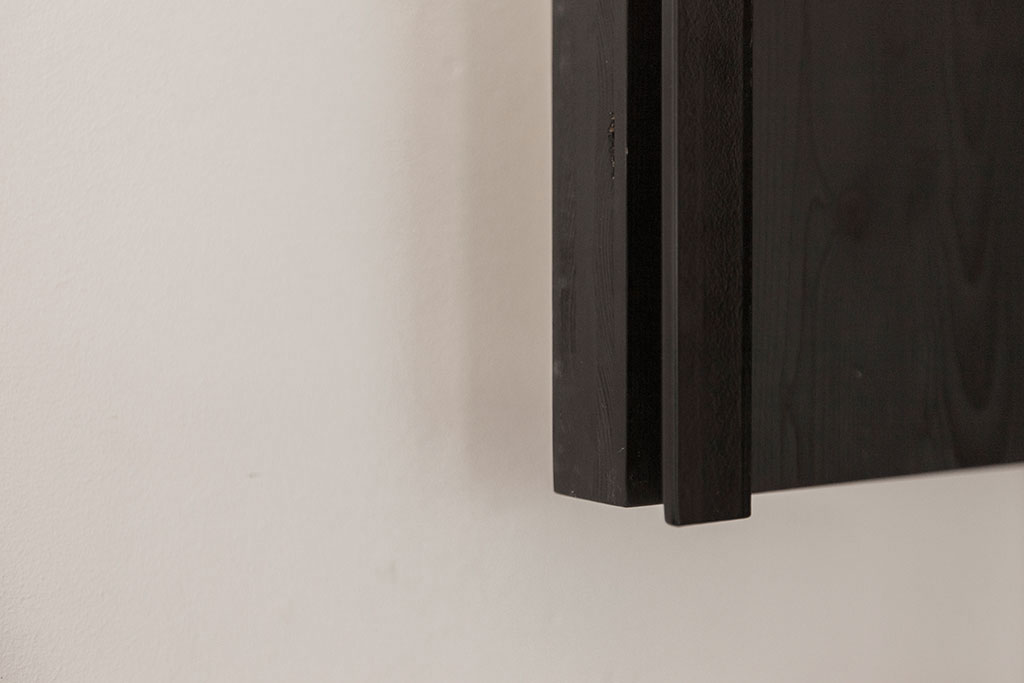