development of a reduced and modular signage system. the objective of the signage system is to turn the pure technical information "tool" into a visual communicator of the culture of institutions. in addition to the functional, spatial orientation it conveys the attitude and self-concept of the university of applied sciences. 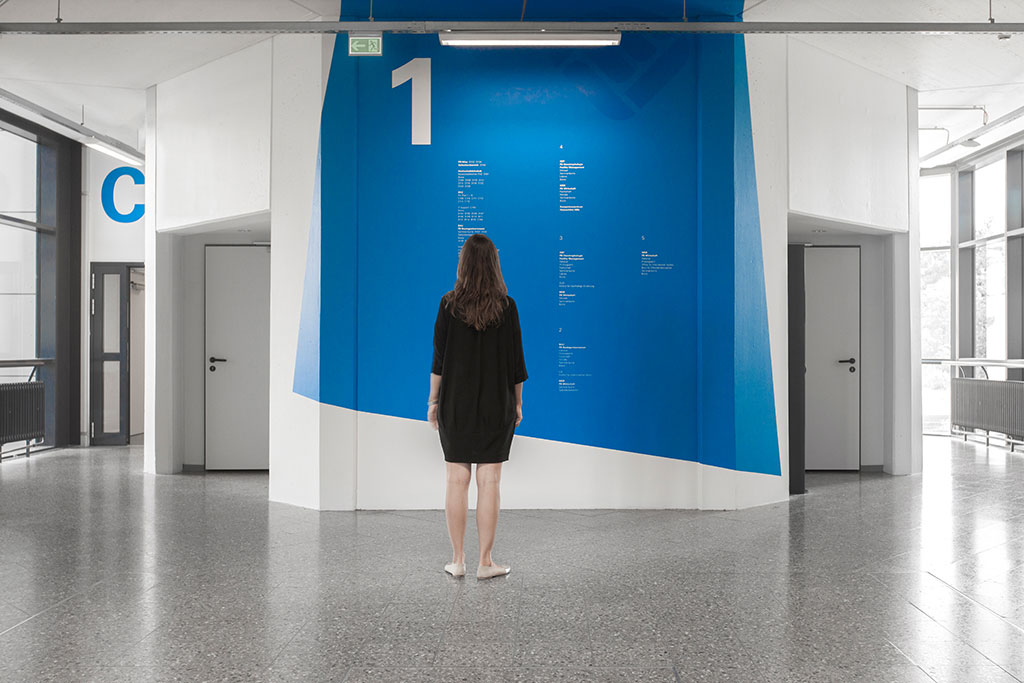 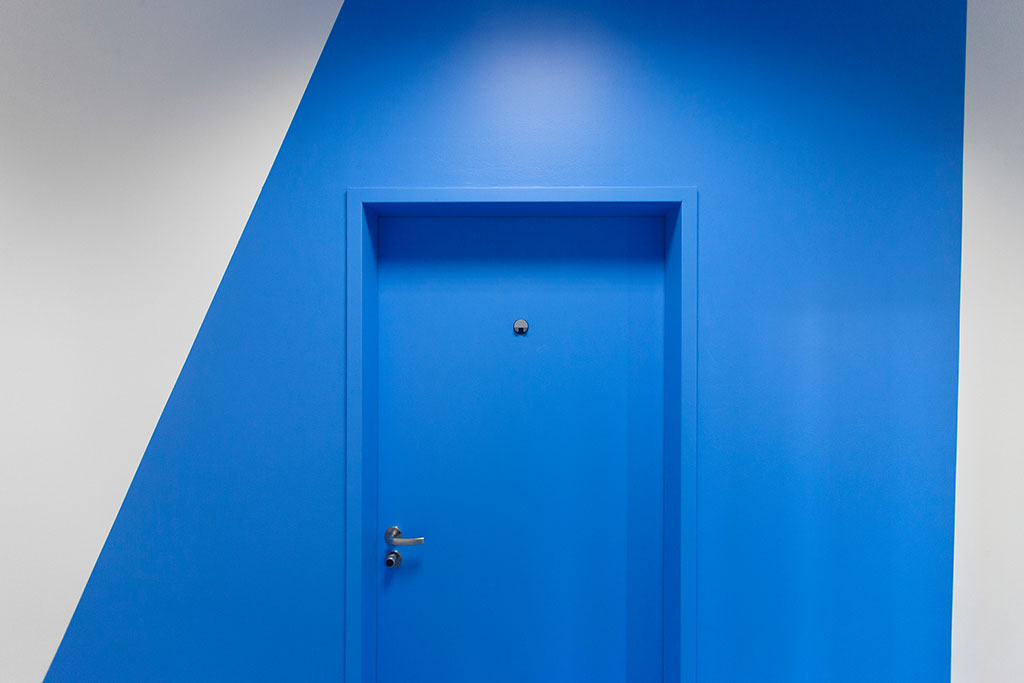 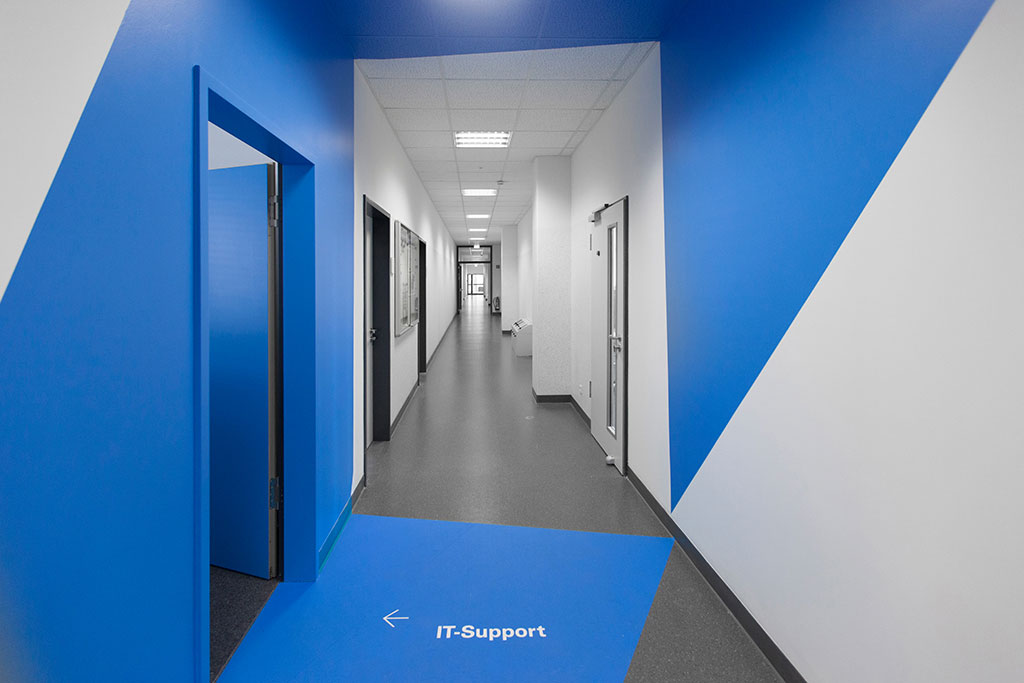 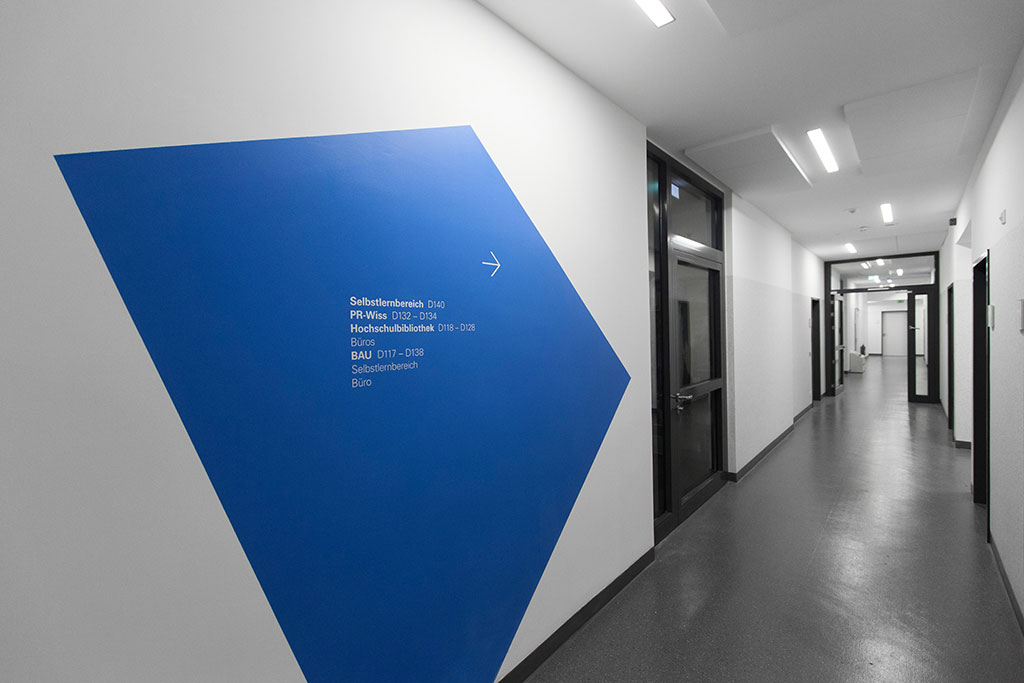 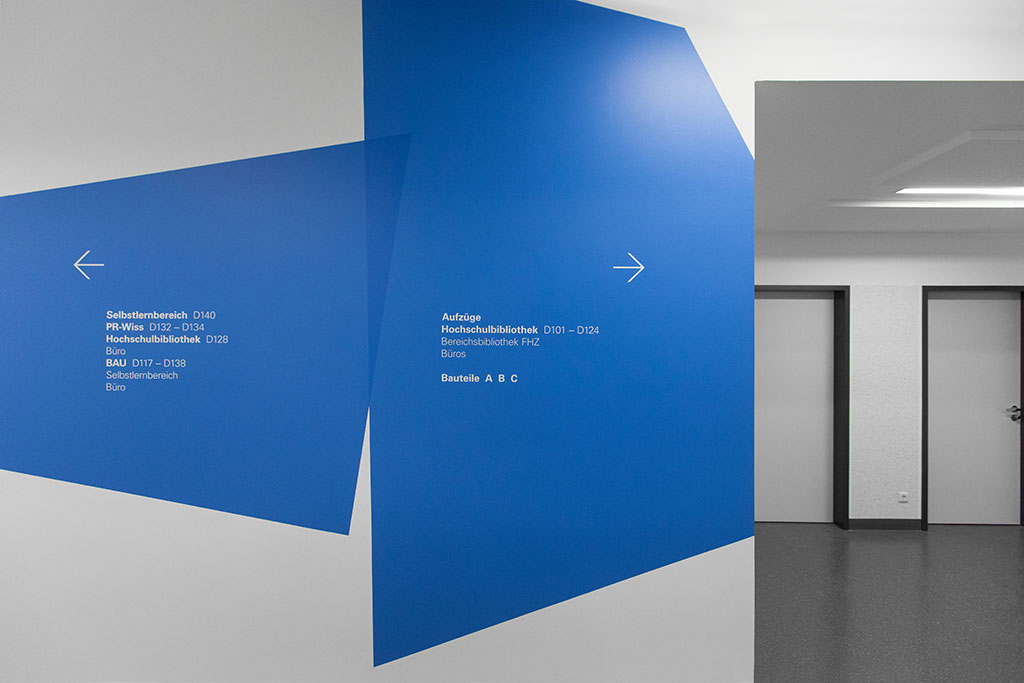 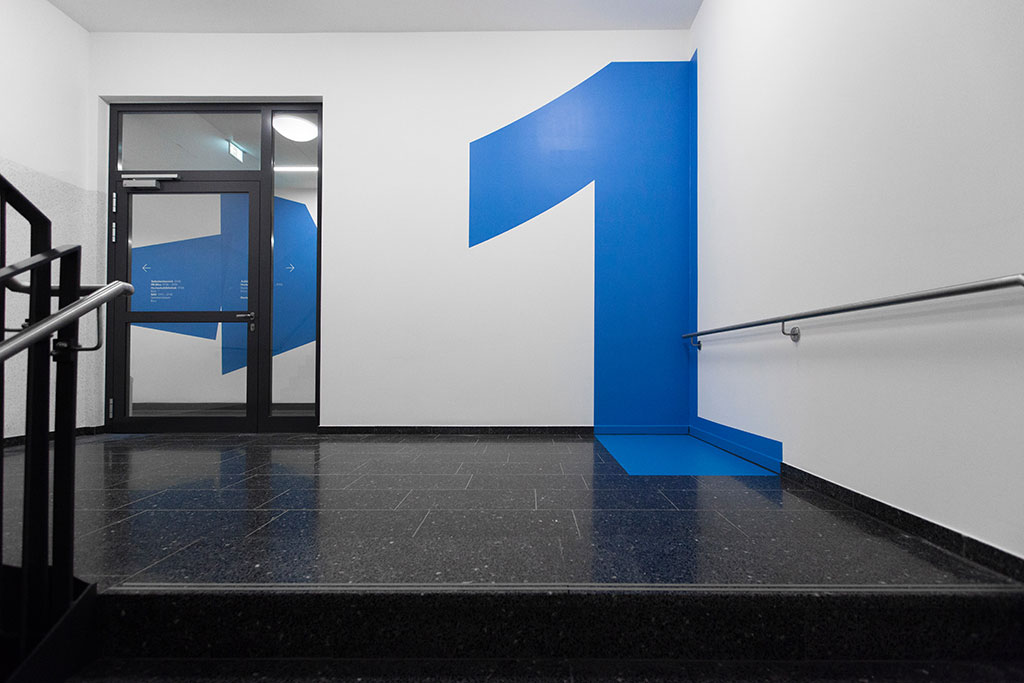 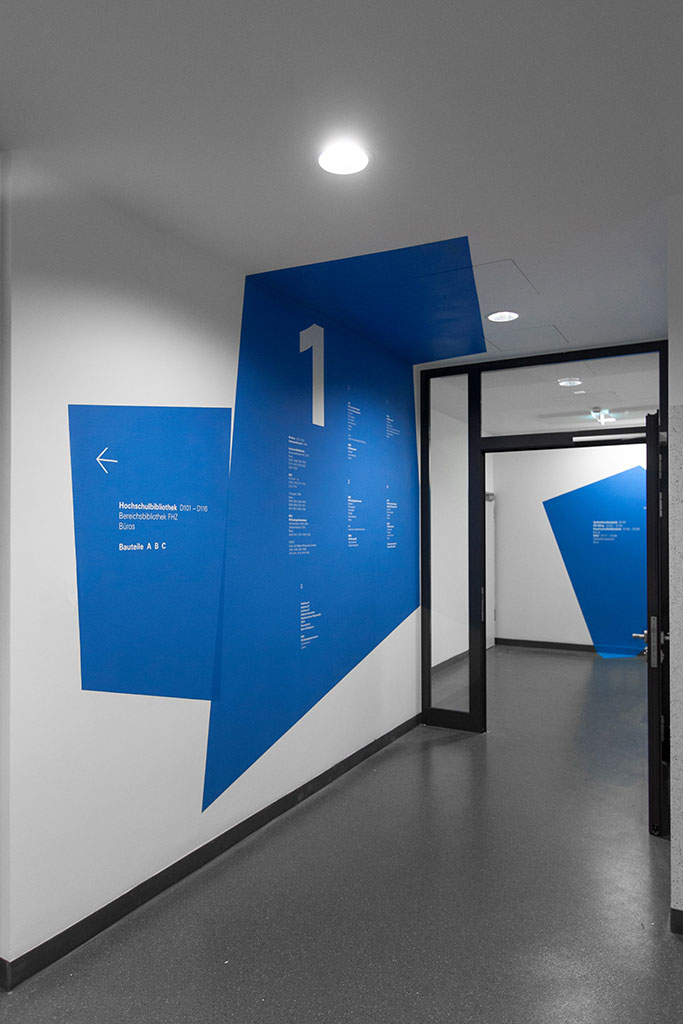 the signage system is intended to break a habit. students should rearrange the space and its information, and deal with it more consciously. for this reason space, color and information were directly linked together.

originally another agency has planned the signage system just as signpostings. our studio has further developed the concept formally and integratively. instead of signs we painted the walls, floors and ceilings with a fine layer of colour. in this way, the system becomes more part of the architecture. it only adds one color layer to the space instead of another object.

the shapes change in appearance and position at any time. they adapt to the spatial situation and contents. in addition, they support the intuitive orientation through their formal, individual designs. due to the long corridors, we placed marked "stops" – inserted room fractures – to structure the space an making it legible for the eye.

the information and its structure is functional and clear, the shapes change, they shift in space and on the surfaces. they slide on the floor, push themselves over the ceiling on the wall.

the font "univers" was used in this project. due to the complex contents and the spatial circumstances, the corporate font "brown" was not practical. the font "univers" is distinguished by its smaller letter-spacing and its timeless character. it is functional and unagitated. thanks to its timeless appearance, it has proved itself in the integration of signage systems over the decades.

the color "cyan" results from the corporate design system of the university of applied sciences. in addition to the classical blue of the university of applied sciences outside, the cyan appears in the buildings of the institution. general and building-specific areas are separated from one another by the different color coding. the information surfaces are created in blue with white typography. the distinctions of rooms and corridors are set in blue typography on a white background. 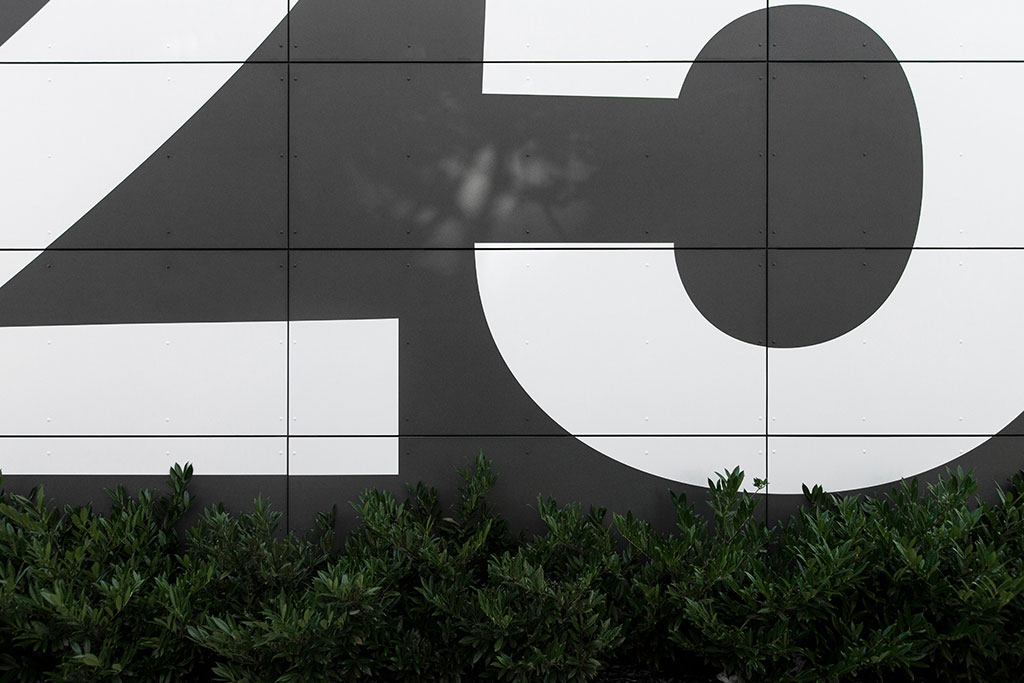 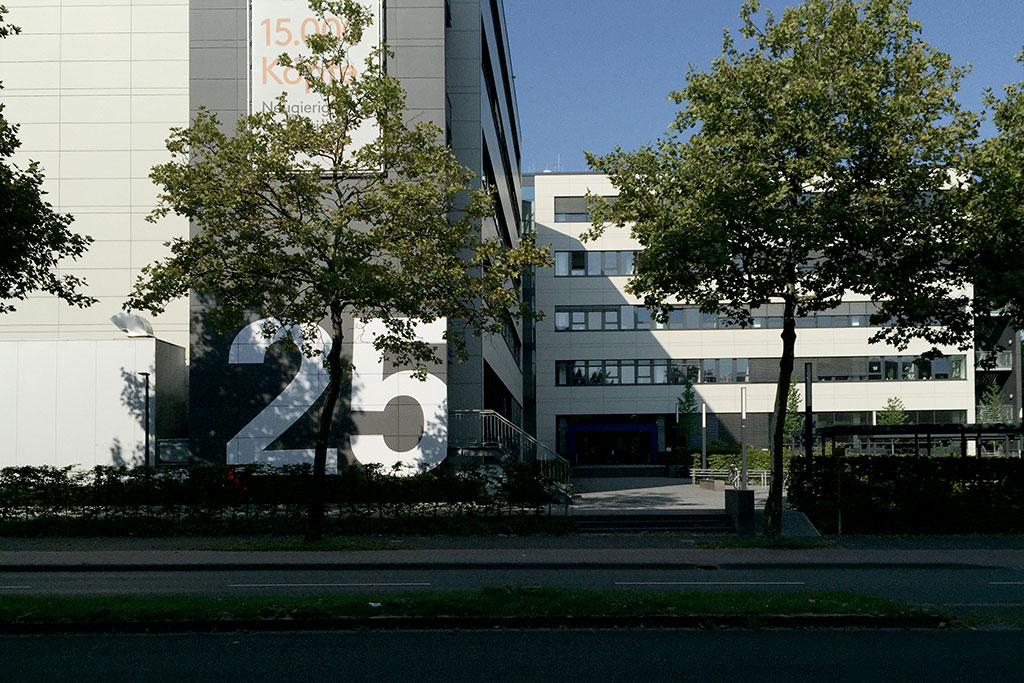