"they say children should take life seriously. but we should just take the play more serious." 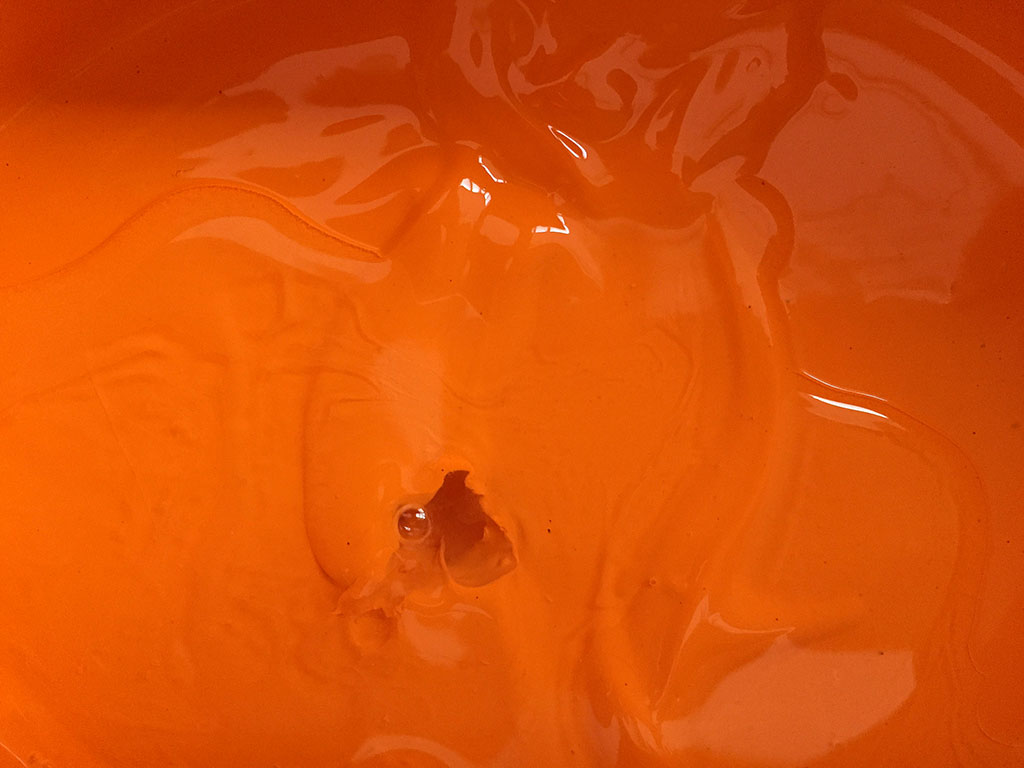 conception of a reduced, visually fast ascertainable orientation system for the sport- and multipurpose hall of the brother grimm school. it is designed for adults such as children because of its easy comprehensibility.

the orange colourfields serve as first, intuitive hint on informations. they nestle into the architecture – sometimes those colourfields even seem to slip from one corner of the room to the ceiling or on the ground. the sensitive glaze is especially coordinated for the concrete wich helps to keep the natural valence of the concrete preserved. the color lies on the surface of the concrete like a light veil of mist, without covering it up.

on the one hand the colourfields produce "visual stops" in those long corridors because of their brightness. for the visitors they serve as a structure for the room.  on the other hand they transport a warm atmosphere into the minimalistic rooms of the sport hall.

another aim was to support the visual language and statement of the architecture by a graphical way. typography and piktograms subject to a strict underlaying grid. 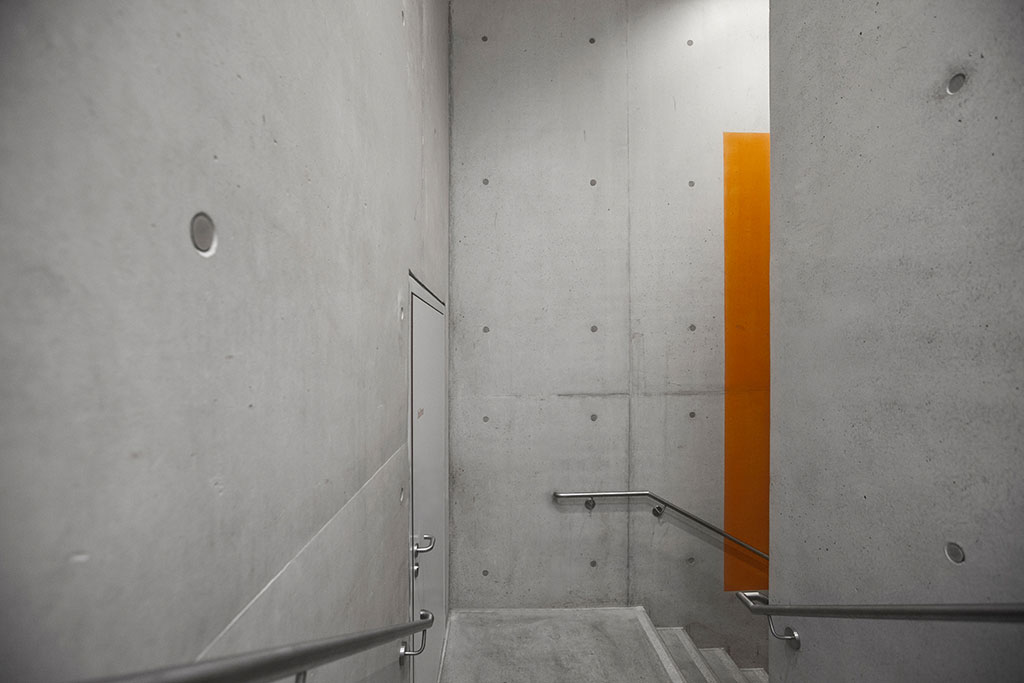 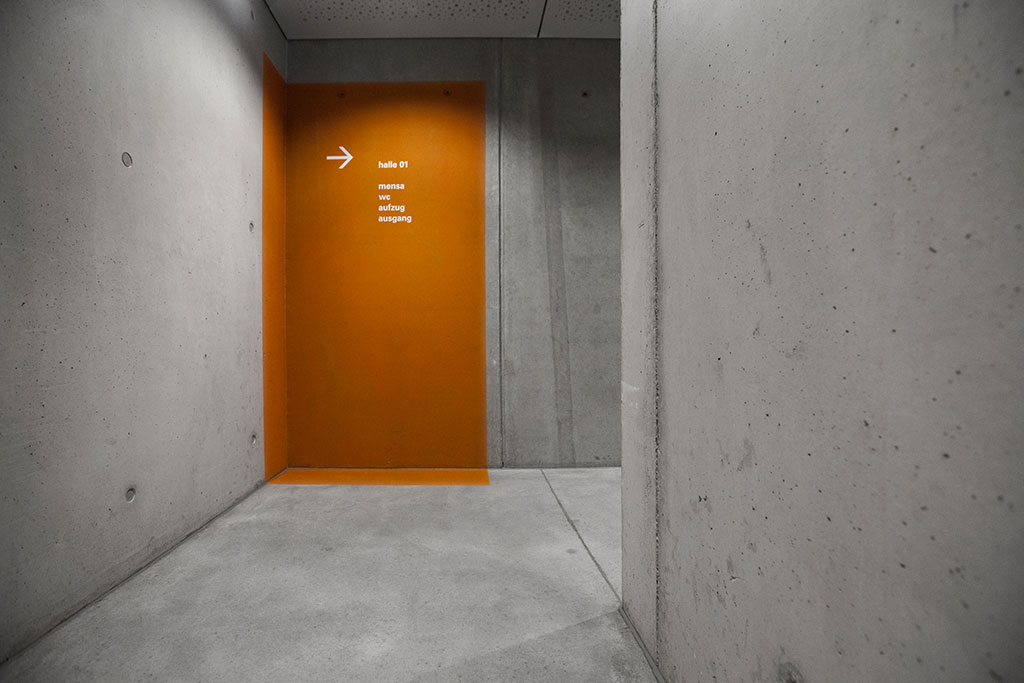 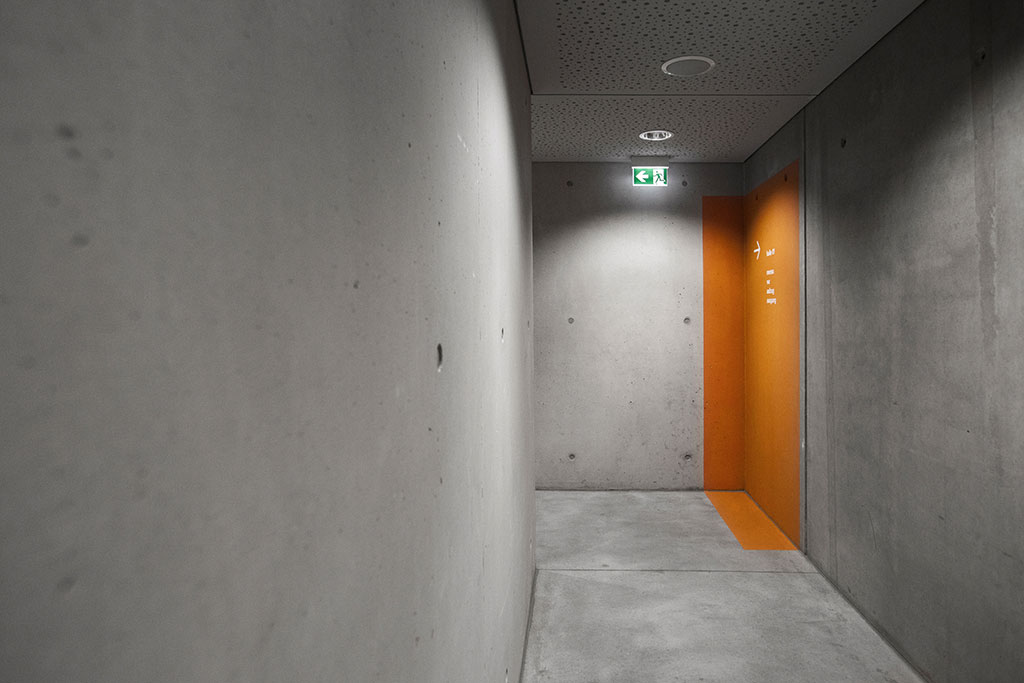 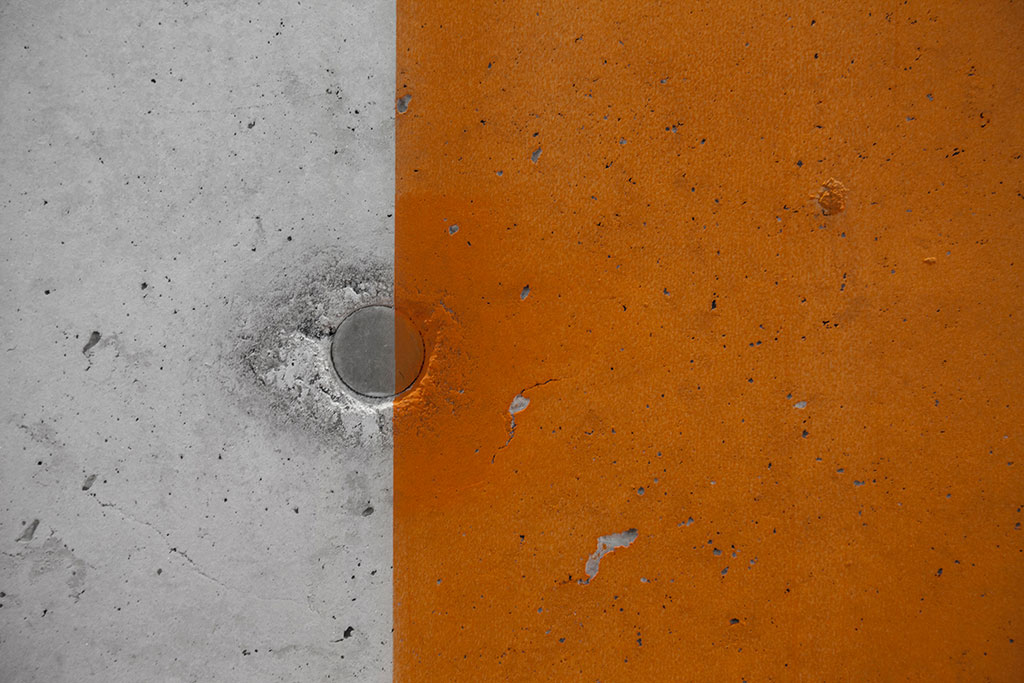 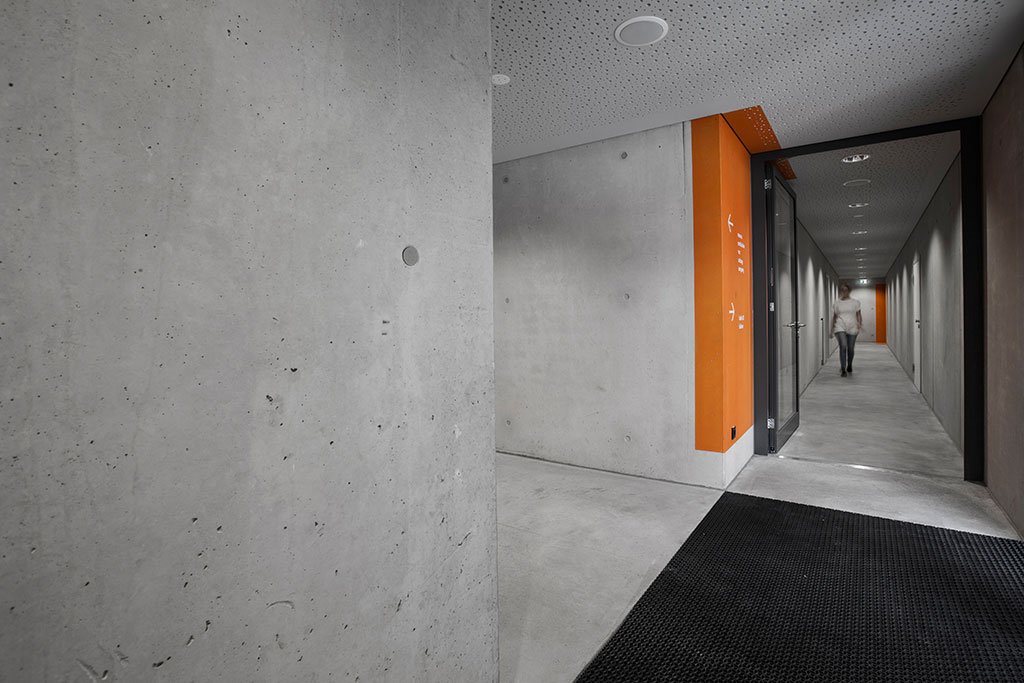 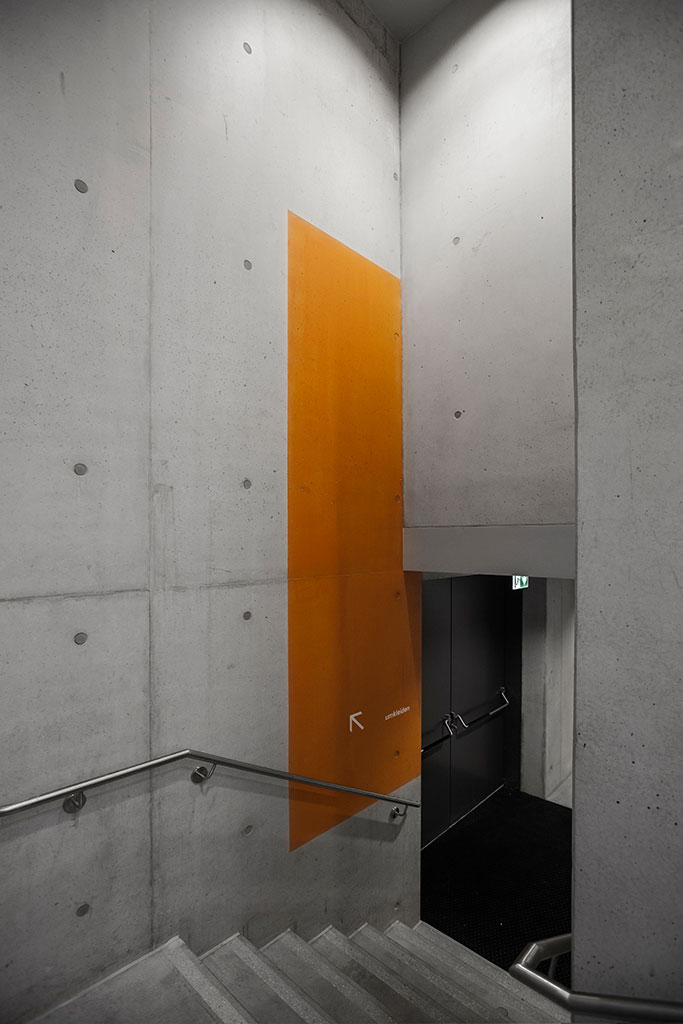 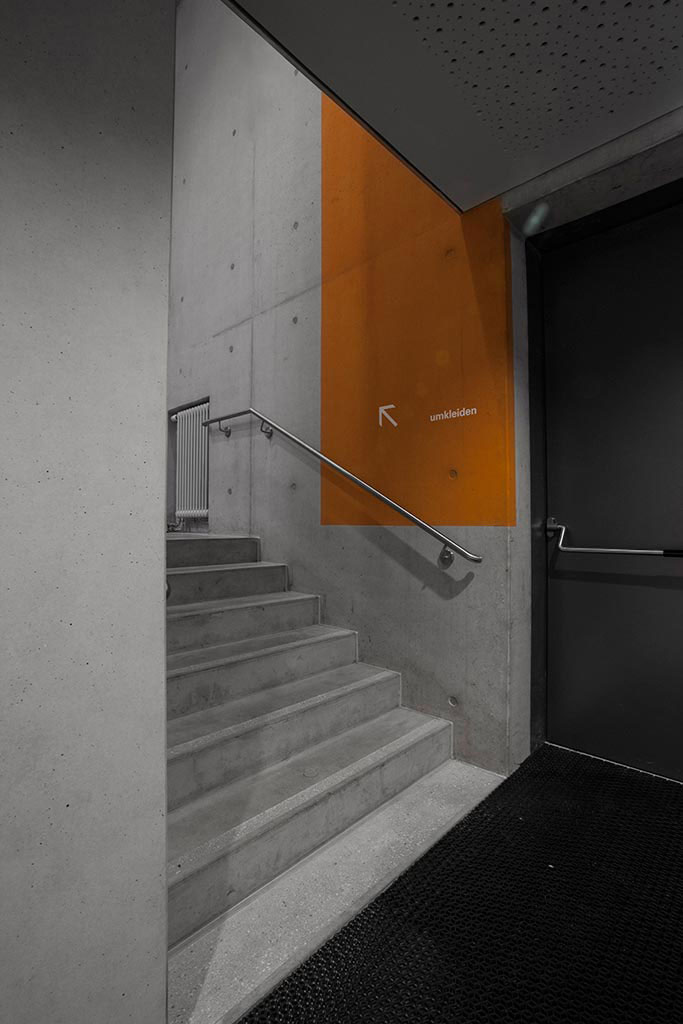 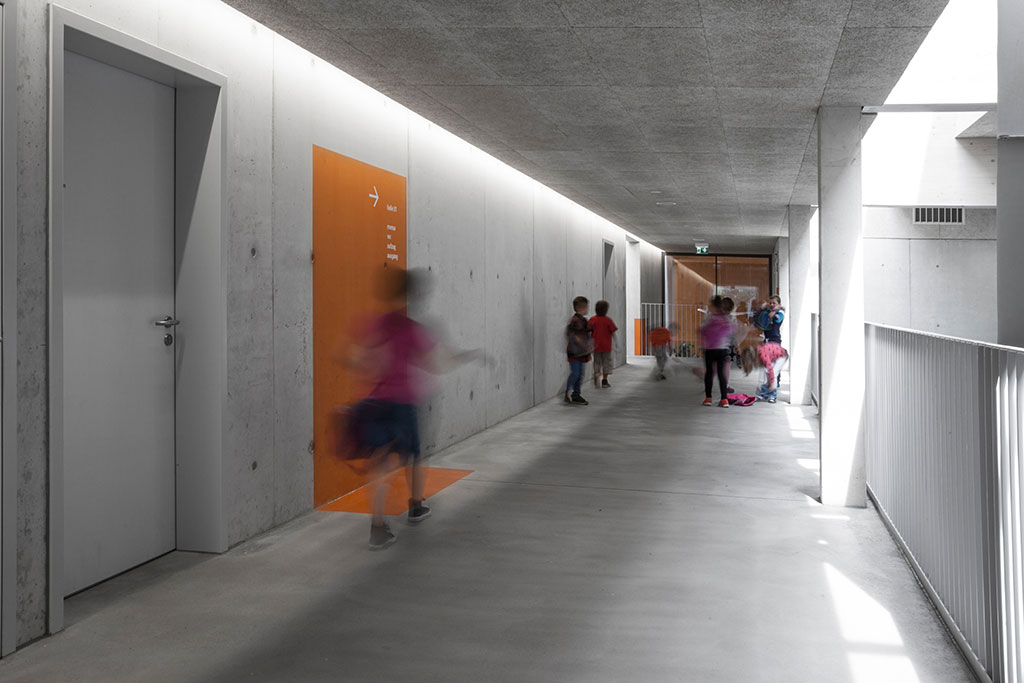 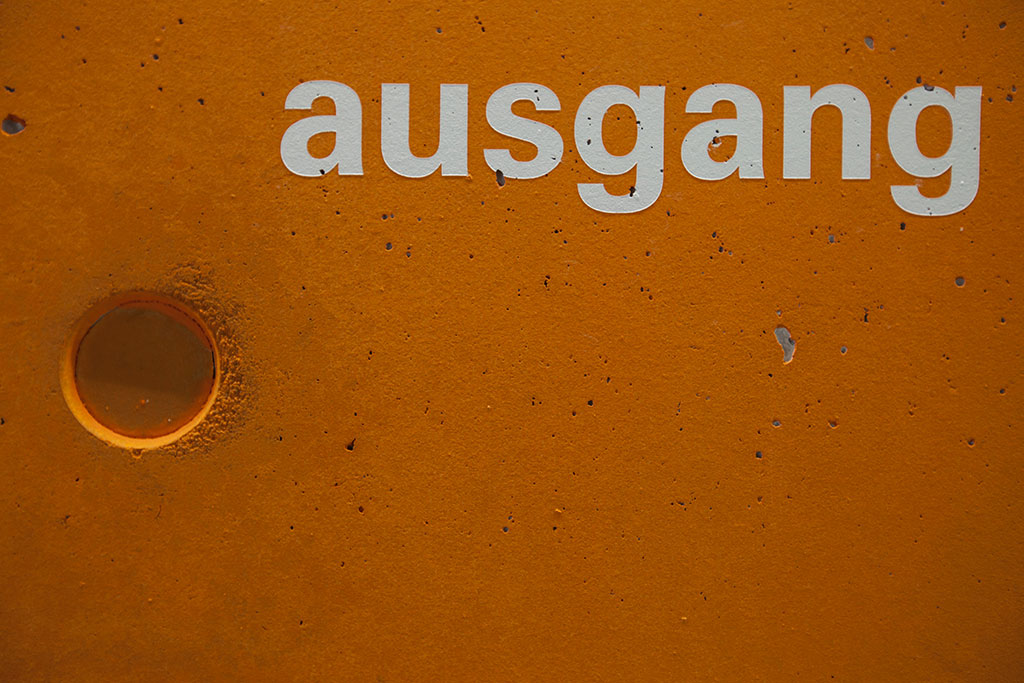