development of an artistic orientation system with narrative character for the technical university of munich.

in close cooperation with the TUM and dietrich untertrifaller architekten, the concept "form" was developed for the new building of the faculty of sports and health sciences in the olympiapark in munich.

in ancient greek philosophy, the word 'form' [...] means an inner shaping activity that is the cause of the growth of things and of the development and differentiation of their various essential forms.

this might be better described as form-giving cause, to emphasize that it is not a mere form imposed from without, but rather an ordered and articulated inner movement inherent in things. 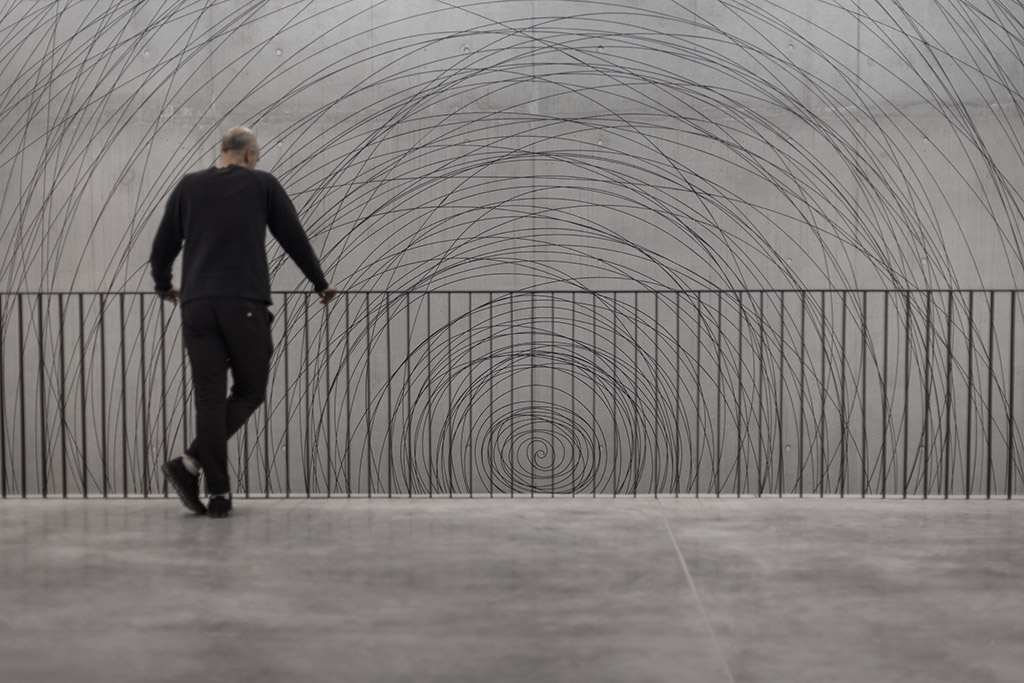 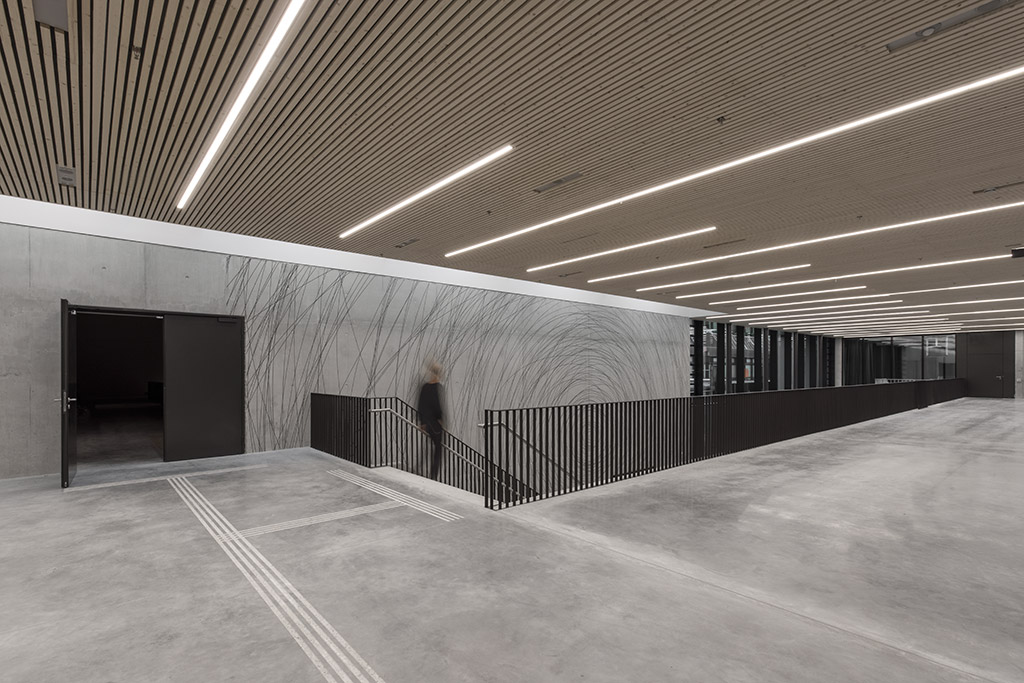 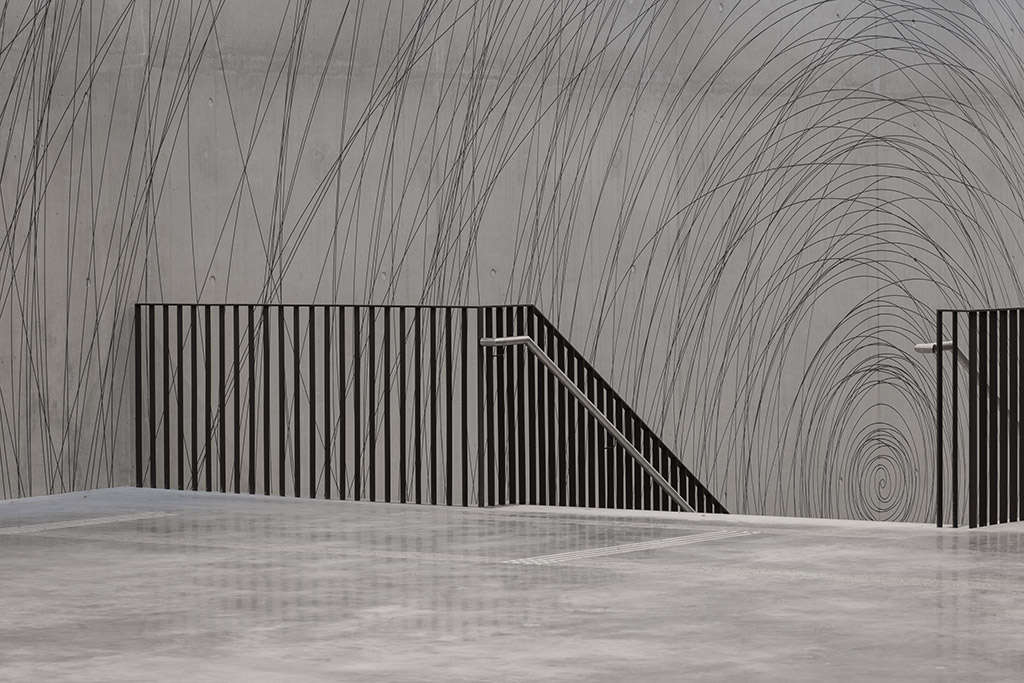 the concept
through a systemic approach, the time-transcending aspects of the values and educational mission of the faculty of sport and health sciences were uncovered and translated into an easy-to-understand narrative - the spiral. it symbolizes the archetype of movement and sustainable, healthy development. thus, it conveys the basic ideas of the faculty's educational mission in the form of a space-spanning graphic.

the design
the spiral was drawn by hand in large format. the drawing consists of two spirals twisted into each other, they symbolize the human aspect of development. its center is built dynamically - in the course of its development it strives for the perfect form and movement from its center - the line becomes calmer and more uniform the further it moves away from the center. the athlete also strives for this perfect inner and outer form - during the perfect run, the perfect throw, the perfect dance. 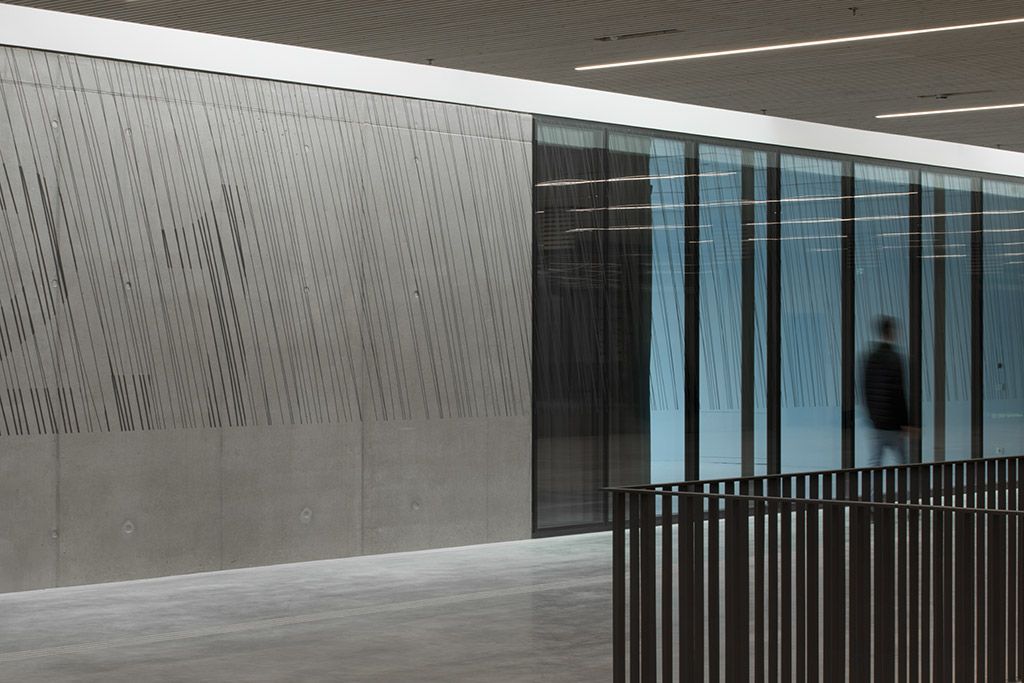 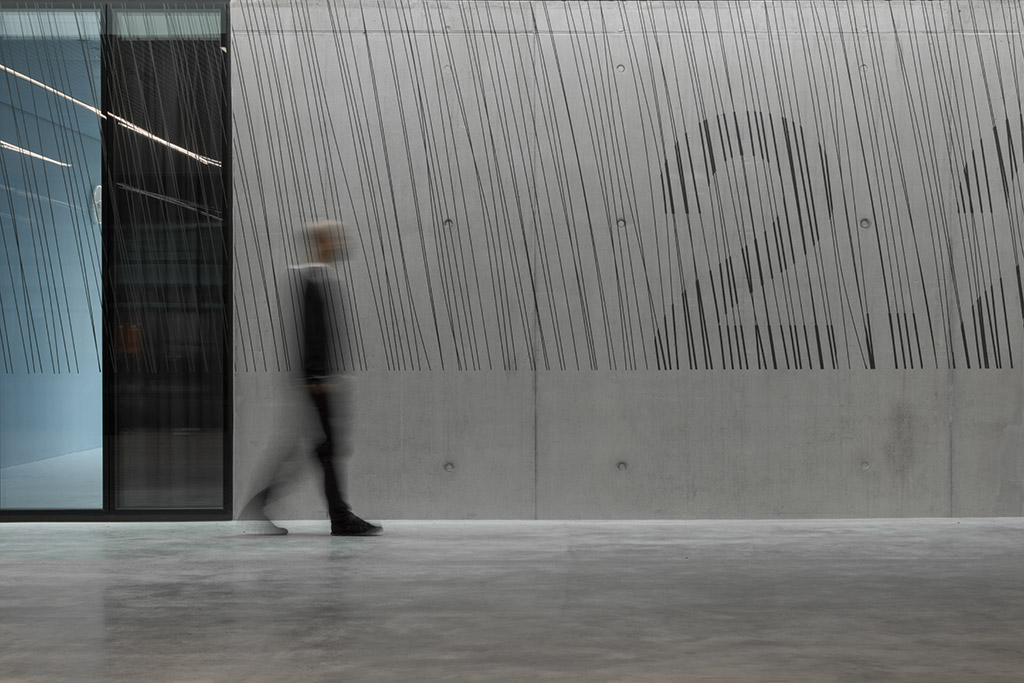 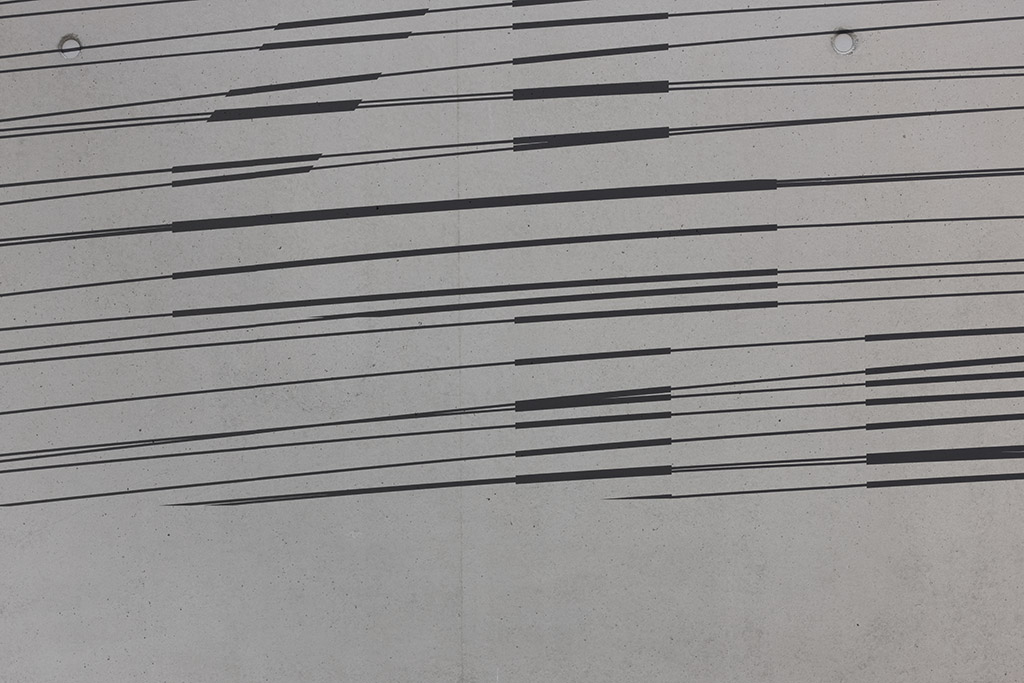 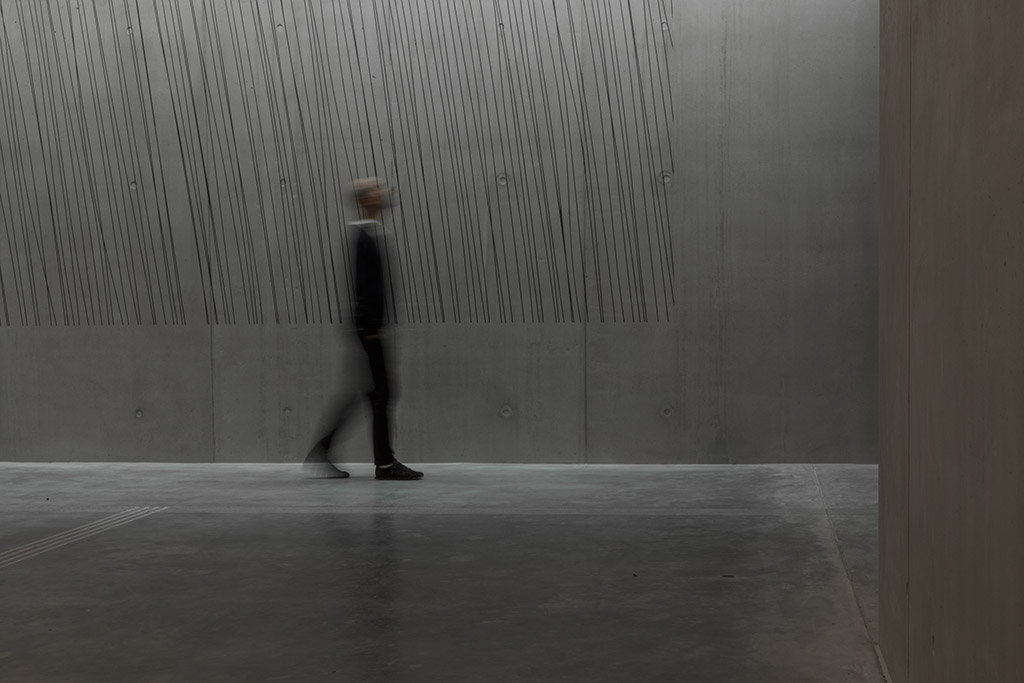 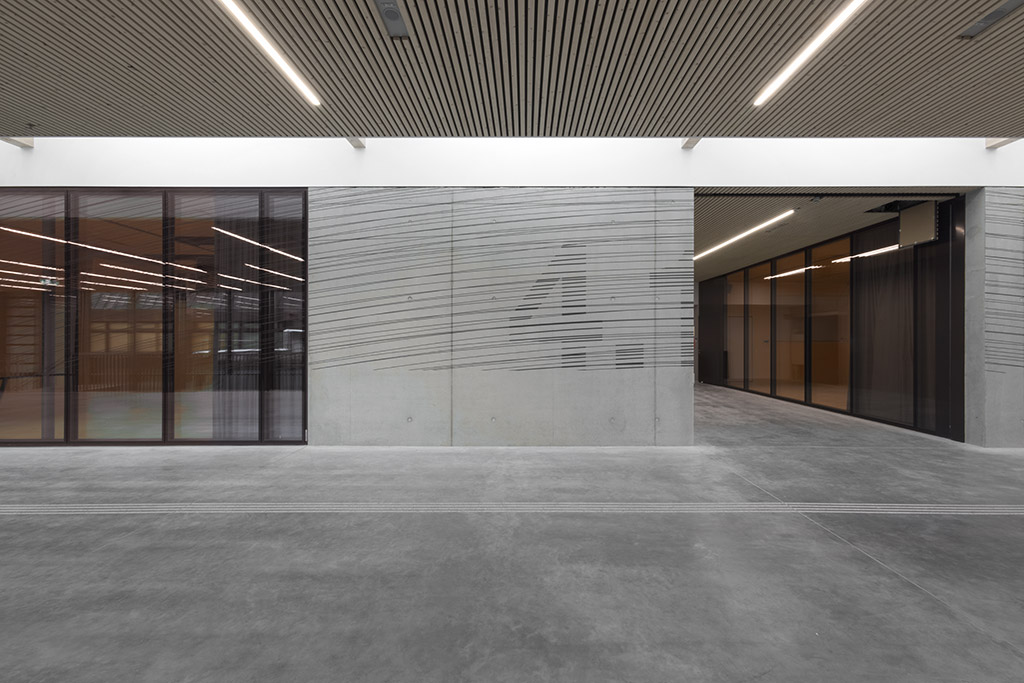 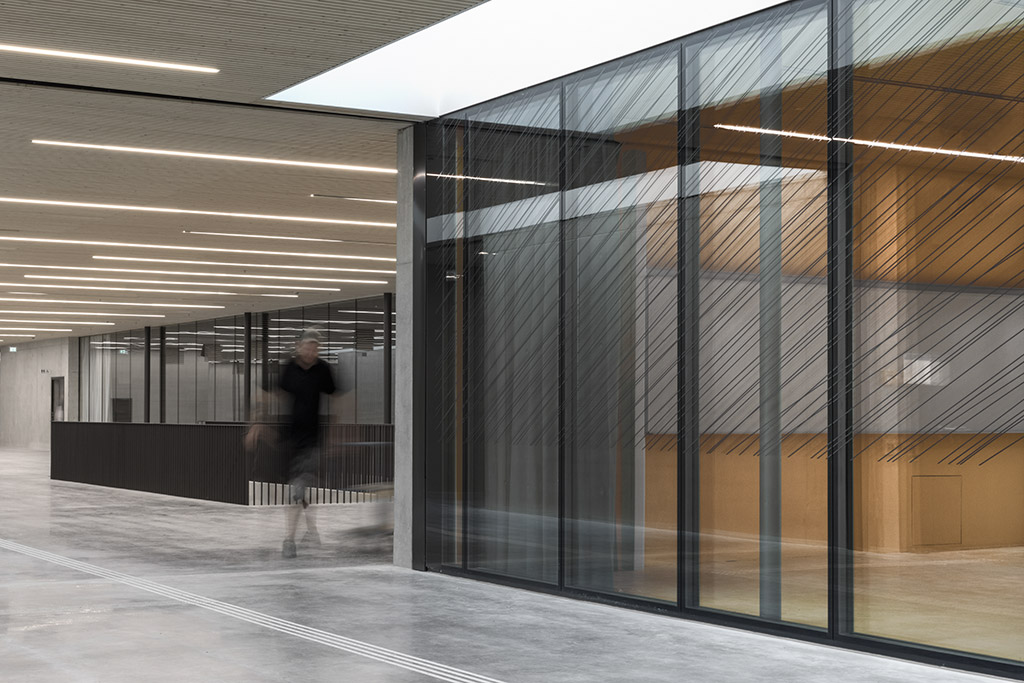 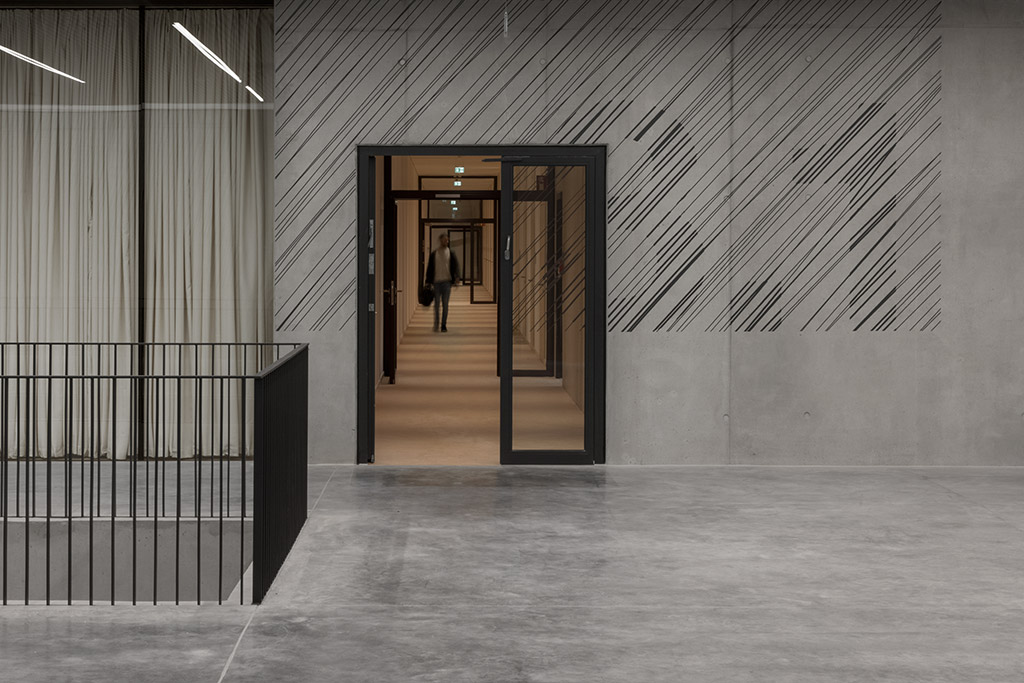 spatial graphic, orientation system and passageway protection
a large-scale graphic extends along the entire length of the building's central axis of 120 meters, appearing on 30 wall surfaces made of exposed concrete and glass surfaces. in this way, all the individual parts of the space graphic are interconnected and the space graphic can be expanded at any time on any surface with the corresponding part.


in the center of the building there is also the center of the spiral as a narrative space graphic. at the main corridors, which leave from the central axis, it then takes over the function of the orientation system and marks the individual corridors numerically. at the same time it also functions on large glass surfaces of the seminar rooms as a passage protection.


in 2023, the spatial graphic orientation system will be supplemented by a signage system with in-depth information levels. 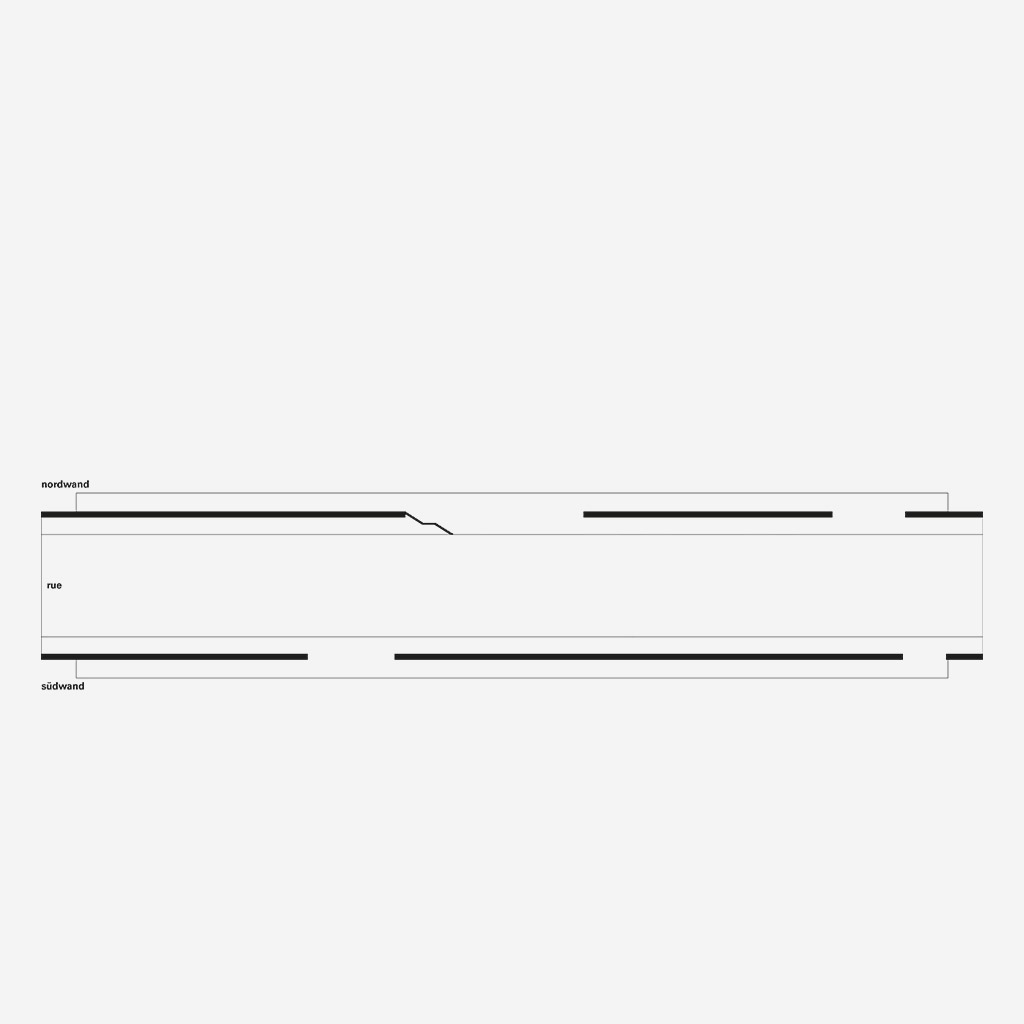 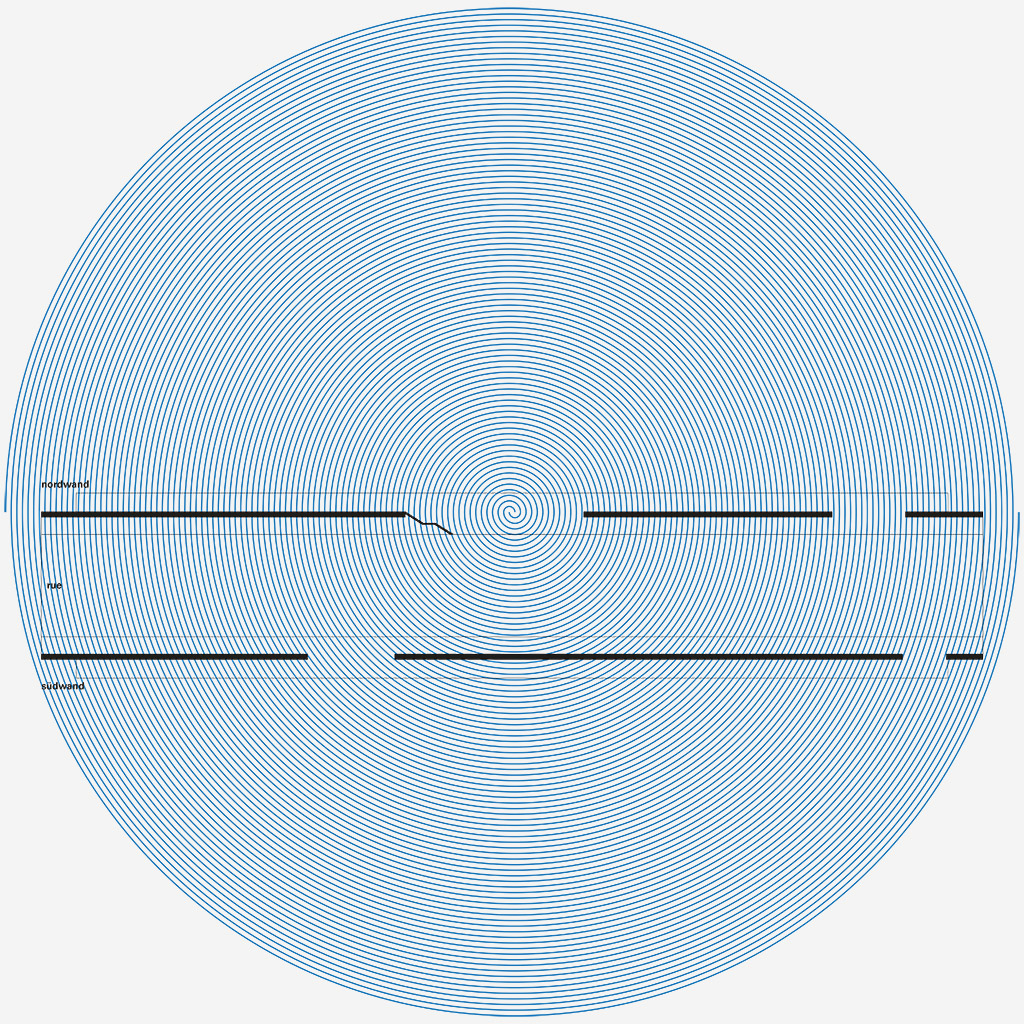 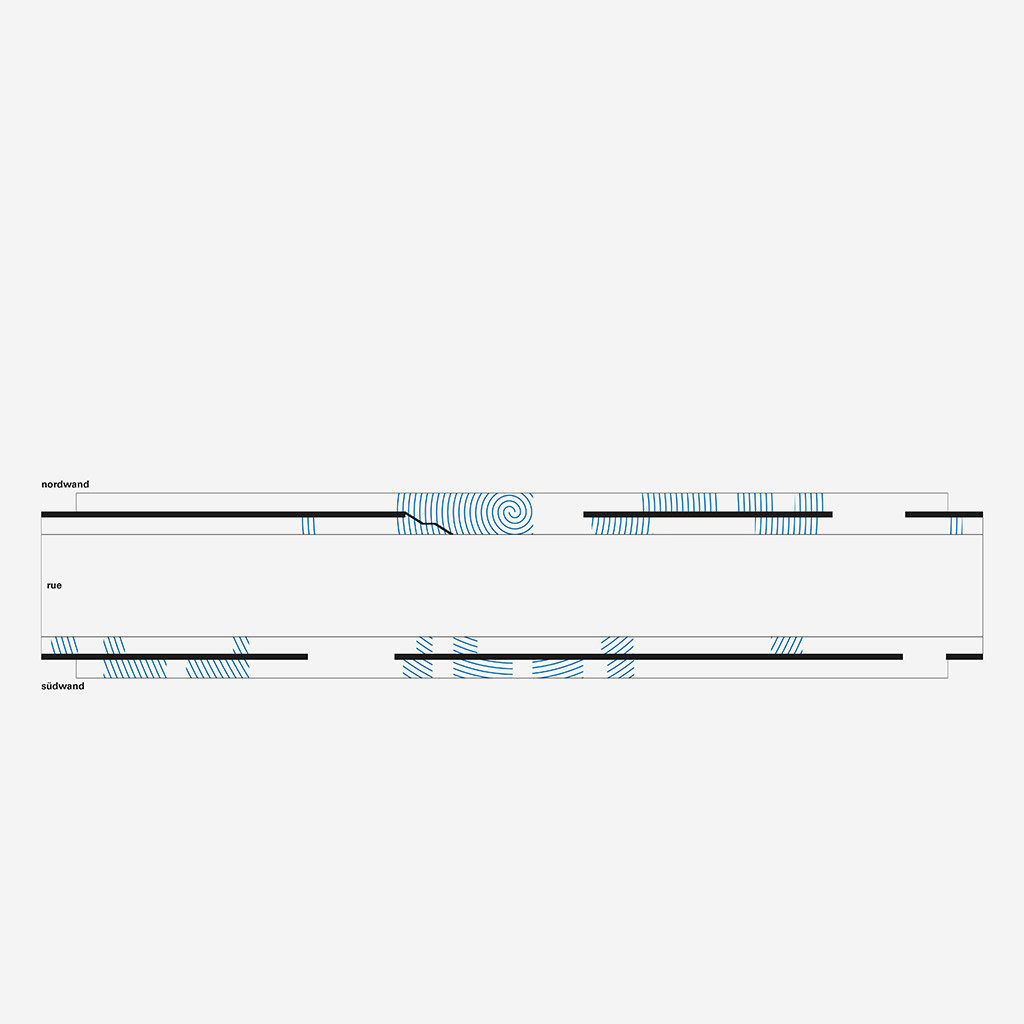 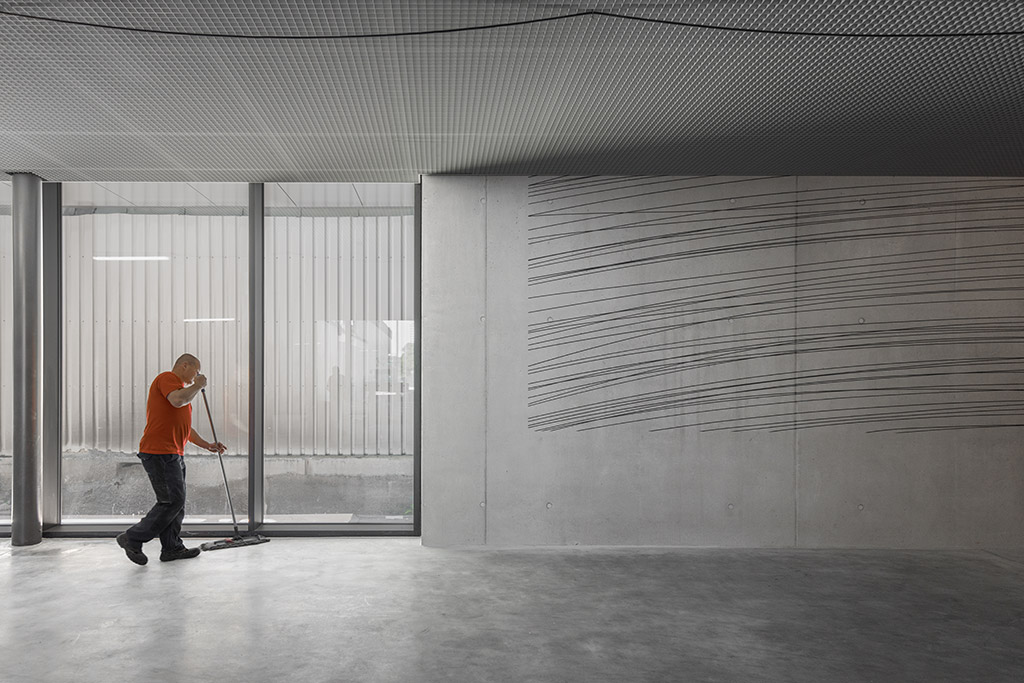